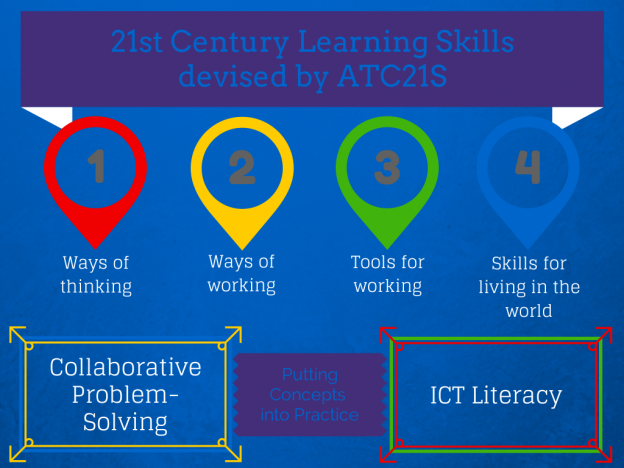 It was a sad day last Wednesday as the Melton Network 21st Century Learning Team met for the last time under the tutelage of +Alf Galea. Although Alf suggested that the network meetings may continue next year, it can be guaranteed, that with all the cuts that have taken place, it will not be to the same level and with the same sense of support. It subsequently left me reflecting on the opportunities that were gained from being a part of the group and how the implementation of various 21st century initiatives has evolved in the past five years. A New Way of Being

I started working with Alf about five years ago as a part of the roll-out of the Ultranet. I had been asked to be a Lead User with Alf being the Melton Ultranet Coach, while after that Alf worked as the 21st Century Thinking and Learning Coach for the Melton Network. Although the Ultranet failed to achieve what it promised and will move into private hands at the end of the year, there were still many gains that came out of it, including the repositioning of learning and teaching for the 21st century. Whether it be working collaboratively, incorporating thinking and reflection or utilising various forms of technology, there were many lessons learnt. I think that one of the biggest disappoints about the Ultranet – other than it was just too fiddly and erratic – was that too much emphasis was put on the tool at school level and not enough put on the way we work. I have spoken about this in a previous post, the problem with isolating the various skills associated with 21st century learning. Whether we realise it now, I believe that the Ultranet forced everyone to make a choice, whether to incorporate various 21st century learning skills into their classroom or to simply continue with the outdated industrial model. Clearly there have always been schools, classrooms and teachers already delving into many of these areas – you just need to go to something like the ICTEV conference or go online to hear about such innovations – but through the implementation of the Ultranet, all teachers across Victoria were introduced to the skills our students need for the future.

In addition to some great learning some great ideas, being a part of the network provided some great opportunities. Other than simply meeting together to discuss various thoughts and issues, I was also given the opportunity to be a part of a learning walk through a neighbouring school to reflect on the way that they were introducing the Ultranet and with that, various 21st century skills. One of the difficulties with introducing any initiative is that it can be hard at times to step back and see things from the perspective of other teachers and students. Therefore, opportunities like this are priceless.

I think that in many respects the biggest gain out of being a part of the 21st Century Learning Team was the opportunity to work with so many different and innovative teachers. I can still remember a few ATC21S sessions when Matt Finn and I would drive home together discussing various programs and websites that we had never heard of. I think that it can be so easy and comfortable at times to stay in isolation, but we often limit ourselves and our students when working this way. Although it can be intimidating and confronting at times working with other teachers, with differing ideas, we are all a part of the same game trying to achieve the same results, the very best education for everyone. I think in many respects, getting connected, whether it be in person or online, is the best thing that any teacher can do. So often you are not only one trying to overcome a particular problem or implement a particular program. Being connected redefines how we work as teachers and learners.

One Door Closes, Another Door Opens

In her blog, ‘The End of the Ultranet Era’, +Mel Cashen suggested that one of the benefits of the Ultranet was that it was a safe and contained platform. I think that in many respects, the whole notion of meeting as a network allowed the same benefits, but I am not sure whether it is the best model moving forward. It was great to meet and get together in a structured manner, but in the last few years, the world has changed. In my view, this ‘forced’ relationship of sorts is no longer the best fit. People now have so many opportunities to connect whether it be in person or online that it seems illogical to exclude people because they are not ‘members’. I think that a regular set of meetings run around ‘Teachmeet’ model would be the best fit. As Matt Esterman suggests, all you needs to do is “pick a date, pick a pub/library/space that is free and go ahead”. One of the benefits of the ‘Teachmeet’ model is that, rather than being chosen, it is a choice to attend. In addition to this, it is not restricted to a specific network, which in today’s day and age of world-wide connectivity seems stupid.
Being a part of the Melton Network provided me with a range of things, particularly that teaching and learning does not necessarily have to be the way that it is, that there is always a choice. I still remember chatting with +Jenny Ashby about access to technology at her school during one of the ATC21S sessions. Long before discussion of BYOD and 1-to-1, she explained to me the possibilities of going Apple if the school chose to go down that path.
At the end of the day, the Melton Network taught me that I can make a difference. As the oft-quoted Gandhi statement goes ‘be the change you want in the world’, I have learnt that it is possible to be that change. Whether it be the use of technology or the development of reflective thinking, I believe my own learning and teaching has definitely benefited. The big question though is how do we not only change, but actually evolve, as +Jason Markey put it in his post ‘Change vs. Evolution’. To me, you can change as  an individual, but it often takes a team to evolve, that to me is the truly 21st century challenge.

Moving from the Ultranet to the 21st Century Learning by Aaron Davis is licensed under a Creative Commons Attribution-ShareAlike 4.0 International License.