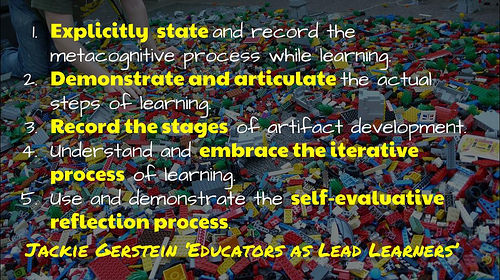 I’ve spent the last few days on Year 4 Camp at Camp Sunnystones. It was a fantastic opportunity to connect with students while completing a range of unfamiliar activities. With this, exploring what it is they care about. Having spent so long focusing on feedback and growth, it was great to explore the human element in it all. Instead of dwelling on progression points and achievement standards, the focus was on mastering the particular task at hand and how we could support each other to get it done.

Although there was some focus on the environment and sustainability, the current learning focus at the moment, many of the conversation came back to the school’s four core values:

Another significant opportunity that arose though was the opportunity to be a meddler in the middle. Although we may not consider ourselves as ‘sages on the stage’, the structure of curriculum, instruction and learning spaces means that there is a tendency to manage the learning more than allowing it to happen. Camp provided a space for this as there are not many teachers with a background in archery or orienteering. A particular example of leading by learning was during the hut building exercise.

The activity involved working in teams to build huts with the materials lying around. The only requirement was that everyone had to be in sight of the camp fire. This meant that the camp guide always had an eye on where groups were at. It would have been easy to spend the few hours wandering between groups, discussing how the huts were going and providing advice. Instead, we decided as a group to place ourselves in the learner’s shoes and build our own.

We started with an idea, to find three trees with forks that we could somehow connect in order to make a roof. Although we could have spent time debating which idea was best, it was important to get behind one idea early and adapt from there.

As with many ideals though, we soon had to compromise. Either the good spots had already been taken or such a space did not exist. We did find two trees which we felt offered some potential. So we found a fallen limb and put in place our first support. The problem was that we could barely reach the beam and decided quickly that it just was not going to work. So we went back to looking.

We finally found a new space with a set of trees which seemed to offer some prospect. Although not ideal, we all felt it had some potential. So we all split up and set off to gather materials for our hut. Beginning with two strong limbs, we proceeded to assemble our humble abode. This process involved taking different roles, sharing reflections and providing suggestions. Although we had a clear purpose, the hut was a constant negotiation, cycling through the iterative process. What was interesting was the inspiration that it had on the students. Some visited to see what we were doing, others took it as a challenge to better what we were doing. One student told us that we were too noisy and weren’t very good at keeping secrets. While many adapted some of the aspects of our final pitch when they presented their huts. What was fantastic though was that, in the end, everyone benefited. That is the power of the room, or in our case, the bush.

For me, this activity represented what Jackie Gerstein describes as a model learner, where not only do educators share the process, but are open and conscious about the steps involved.  This is coupled with a willingness to fail in order to succeed. I was also reminded of the measurement for collaborative problem solving.

What about you? What experiences have you had where you have modelled the learning? Flipped the learning by leading the way? As always, I would love to know.

Leading by Learning – Building a Hut by Aaron Davis is licensed under a Creative Commons Attribution-ShareAlike 4.0 International License.

11 thoughts on “Leading by Learning – Building a Hut”