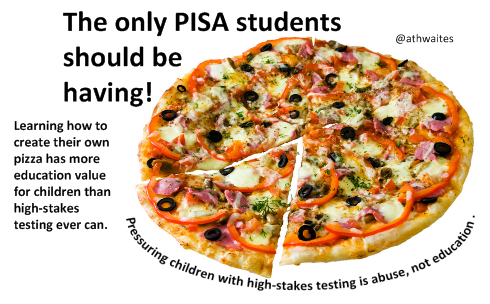 I have learnt a lot over the last few months with the recent death of my mum, that denial never really helped anyone, that we can miss some of the most pertinent moments in life because we aren’t open to them. However, one of the biggest take-aways has been that no matter what is going on, life doesn’t stand still for anyone.

In getting the backyard organised for my daughter’s birthday this morning, it dawned on me that during the last month when the last thing on my list of things to do was cutting things back and nurturing the garden, that the garden didn’t care, it just kept on growing. Whether it be the passionfruit vine stretching out even further along the fence line or the lemon tree growing even taller, the garden had kept on going.

To me this is all a part of something bigger that I have come to realise. Whether it be illness, mourning or even extended holidays, the world around us does not stop. The house doesn’t clean itself, the washing does do itself, bills don’t pay themselves, my daughter doesn’t care for herself (although she tries), school work isn’t done automatically. The reality is, the world keeps turning and as Freddie Mercury put it so poignantly, “the show must go on”. Therefore, at some point in time we have to play the game of catch up in order to get back up to pace or simply accept that life isn’t the same as we left it, as if it were a book that we could fold the page and come back to when we felt like it.

I believe that the same thing can be said about high stakes testing. So often when it is that time in the year, the world around us stops. For a few days, classes are taken over, while for weeks before hand students are often prepped about what to look for in questions, strategies for managing time and how to structure responses.

This dilemma is summed up nicely by +Alan Thwaites‘ visual play on PISA, in which he argues that students would gain more from making a pizza than they do out of completing high-stakes testing, such as the PISA and NAPLAN. My concern is that such activities are not fostering authentic learning, they are not student-centred and they provide little room for personal interests.  I think that +Stephen Harris sums this dilemma up best in his post ‘What is our legacy to be: curious or furious?’, “Learning must be authentic, deep, motivating and powerful. And above all relational.” We then mustn’t be surprised that after completing such tasks that they are a little furious and no longer the same student from before.

I understand that there are certain realities life and maybe high-stakes testing is one such reality. I guess the big challenge though is about getting the balance right. At the moment, I don’t think it is.

The Show Must Go On by Aaron Davis is licensed under a Creative Commons Attribution-ShareAlike 4.0 International License.

7 thoughts on “The Show Must Go On”