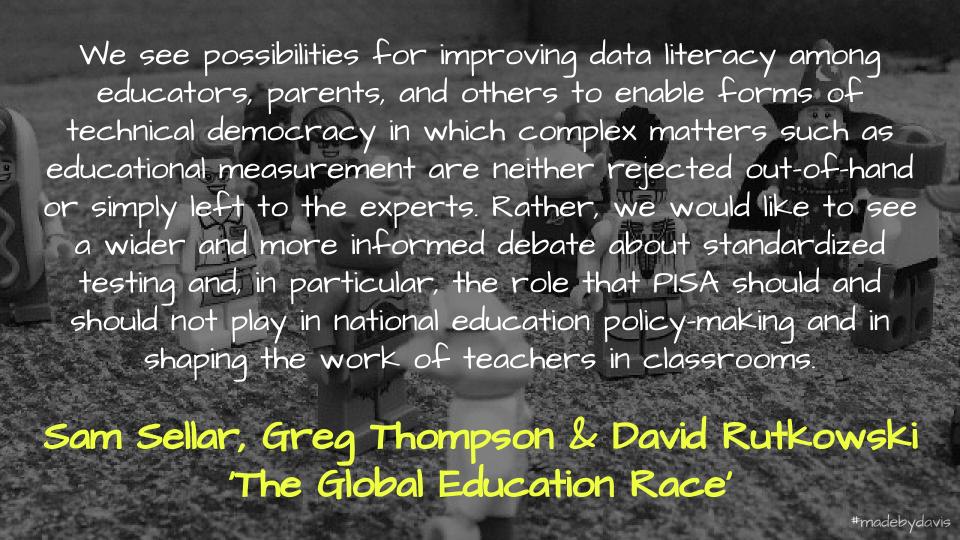 I remember when I was studying my Bachelor of Arts I would often start a deep dive into new and unfamiliar subjects with one of Oxford’s A Very Short Introduction books. Short texts, they are often designed to provide a start to much more complicated topics. They offer a foundation for further investigation. This is what is provided by Sam Sellar, Greg Thompson and David Rutkowski in their book, The Global Education Race, Taking the Measure of PISA and International Testing.
Designed to generate a wider conversation around OECD’s , The Global Education Race is about a better tomorrow. Neither an anti-testing manifesto, nor a champion of standardised testing as a solution to all of education’s perceived failure, the authors argue for a critical engagement with testing that aims to:

(1) help improve the quality of data generated about education systems and
(2) support the use of data in valid ways that may improve educational outcomes for all students.

The book covers the media myth making machine, how rankings work, the way the test is administered, the problems with causation and correlation, the idea of validating claims and the politics of science and data.

The Global Education Race is a book every educator should read. In a time when education funding and support is so hotly debated, the book helps build the capacity for the wider public to engage in one of the most popular data sets used when developing policy. For unless we appreciate the context and intent associated with PISA, we risk being sucked in by the hype and headlines … Or better yet, an invalidated edu-holiday.

David Rutkowski has also been interviewed on the TER Podcast, providing a useful starting point. 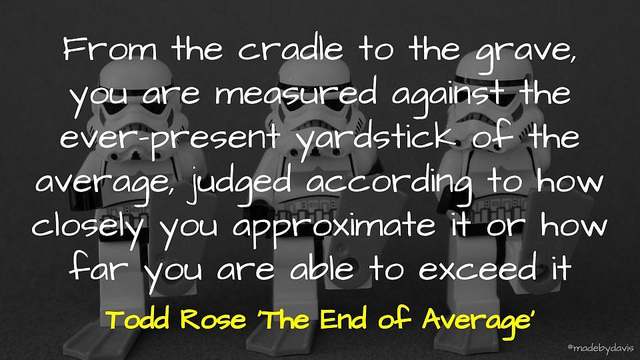 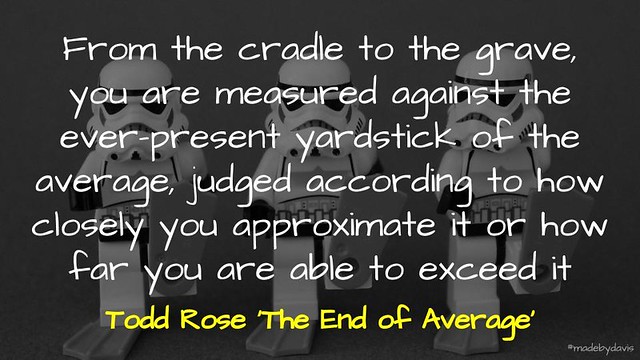