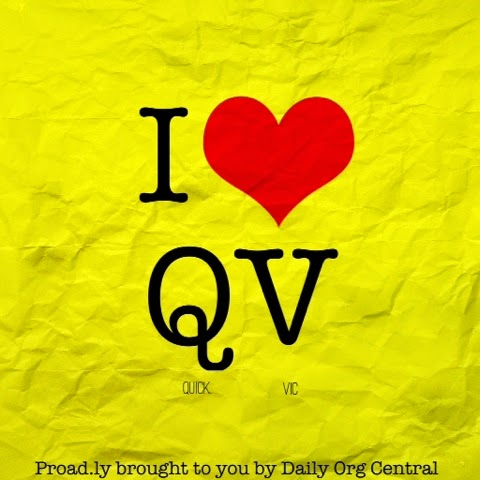 I have been report co-ordinator for four years now and I feel that I have gotten as much as I can from QuickVic, the free report software provided by the Victorian State Government. During this time, I have implemented many changes in an effort to not only improve reports, but also to streamline the whole process. Ever since I have been teaching, the process associated with reporting has been a tedious one.

Some of the changes that I have made to reports and the whole process include:
Reflecting on these changes now, I think that they were all so simply, don’t get me wrong, very tedious at times, but simple none the less. The thing is that if they were so simple, then why did it take me to bring them in and make the changes? I think in some respect, many solutions look simple in retrospect. The reality though is that I think it does not matter how many changes you make, at some point there comes a limit.

Time for a Change

A few months ago I was listening to the Guardian Tech Weekly Podcast and they were discussing the demise of Windows XP. One of the reasons given as to why it has lasted so long is that it actually costs a lot of money for companies in regards to training, licences and even replacing machines in order to change over to a new operating system and with that a changed way of doing things. This has definitely been the case in regards to reporting.
At the start of the year the Victorian Curriculum and Assesssment Authority released a set of guidelines regarding curriculum planning and reporting. They outlined the following requirements:

(a) Schools have the flexibility to choose, in partnership with their school community, the way in which they will report student achievement. There will no longer be a single mandated report format.

(b) Schools report, both to parents and, where directed, to the relevant sectoral authorities, on student achievement in English, Mathematics and Science against the common achievement standards, indicating the level of attainment reached by each student and the age-expected level of attainment (except in specific instances of individual students where this has been determined by schools in partnership with parents to be unnecessary).

Although the guidelines provide some indication as to where curriculum and reporting is heading, they provide little clarity for schools. The one guarantee though is that the dependency of many schools on QuickVic, the free product offered by the Victorian state government, is coming to an end.
In a culture of autonomy, the onus is being put back on schools to develop a solution that best fits their needs. For many this means that the current reporting process is open for discussion and with that how and when reports are produced.
In search for the next big thing, I started scrolling through the different options out there. Not only for the best program to replace QuickVic, but also the right fit for the school. The three main contenders that initially stood out were: Accelerus, Reporter Pro and Compass.

Owned by the same company who produce QuickVic, Accelerus is the next step up from Markbook. They have had the lion’s share over the last ten years, particularly in secondary schools. Like QuickVic, there are avenues for developing your own templates. However, as far as I could tell, that is really where the similarities stop.
The biggest difference between QuickVic and Accelerus is that it is a historical database that updates via the web, rather than across a network. Once setup, an administrator simply needs to update various elements in order to maintain it. This means that staff are able to develop their own gradebook in order to keep track of progress and start developing reports and profiles from the first day of the semester, rather than wait until late into the semester for the server to be opened up. In support of the core reporting module, there is also some provisioning for interim reporting. Something sorely missed in using QuickVic.
Another big selling point for Accelerus are the possibilities of data analytics. This seems to be where it is all at. The ability to reflect on a student’s growth overtime is very important when it comes to assessment and reporting. However, having recently gone with Phillip Holmes-Smith’s Student Performance Analyser, this functionality is rendered null and void. One of the issues that some leaders had with Accelerus was the story that the data was able to provide. Although you can create your own rules to sort and present data, it was felt that what was on offer was not quite adequate.
Another interesting aspect associated with Accelurus is what other opportunities and attributes it offers? Clearly assessment and reporting is its bread and butter, this is what Accelerus has always done well. Subsequently, its offerings for other areas, like welfare, are not complex enough in my view to adequately replace learning management systems, such as Student Management Tool (SMTool). This is a big challenge at the moment for schools as many are trying to streamline their systems as best possible.
It must be noted that Accelerus are also looking at rolling out a lite version of its reporting package as a replacement for QuickVic, which includes the removal of such aspects as interim reports. However, the exact details are yet to be outlined.

There are many schools using Human Edge’s timetabling package, First Class, so it makes a lot of sense to add attendance and assessment to this. Although already having the information in First Class helps a lot, what was presented in regards to Reporter Pro simply didn’t stand up to other packages in regards to flexibility.

Like so many others, it provides web access, allowing you to set things up early. However, there is little movement in regards to templates. Unlike Accelerus (and QuickVic) which allows you to create and modify your own templates, the options available within Reporter Pro seem rather limited. Although there is the offer of custom templates, sadly this seems to be done more by programmers and does not allow for much tinkering by the user. In addition to this, the structure of the interim reports is locked and very restrictive. In a culture of choice, fitting in with a system seems counterintuitive.

Although I know some schools that are utilising Human Edge for welfare purposes, I still feel that the same concerns that I have with Accelerus around branching out beyond reporting applies here. For me, it is not functional enough for the user to replace the more thorough learning management systems.

Compass is what the Ultranet should have been, well that was how it was sold to us. Compared to Accelerus and Human Edge, the team at Compass are relatively new to the field assessment and reporting. One of the things that stand out is that although other companies offer many of the same features, such as attendance and data analytics, Compass seems to offer so much more in a slick and intuitive manner.
Where Compass seems to trump other programs and applications is that it offers seemingly everything, whether this be news feeds, roll marking, file storage, curriculum planning, excursion notices and obviously, the publication of reports. Associated with this, it works comfortably on all platforms and even has an app which allows for the uploading of files on iPad and iPhone.
There are two downsides that I can see with Compass. Firstly, the cost. Even with all the options and choices, there will always be elements that go unused or underutilised. This is exacerbated by the amount outlayed by the school.
The other concern is that whereas other systems do not necessarily require a massive buy in from staff, in many respects Compass is a game changer in the same respect that the Ultranet was supposed to be. I understand that Compass is a far sturdier system than the Ultranet. However, I am still concerned that there will be some who simply won’t take on the changes, making more work for others.
…
Although these were the main programs that seem to be being used in schools at the moment, however there were also a few other alternatives that I came along in my journey:

Like so many other reporting programs, Gradexpert covers not only learning and teaching, but welfare as well. In some respects, it reminds me of Accelerus in the way that each teacher is able to setup their own gradebook with notes, tasks and assignments in order to keep track of teaching and learning.
In some respects, Gradexpert takes me back to the days of using Australian Teachers Chronicle’s Microsoft Access based Electonic Teachers Chronicle that they produced a few years ago. Although Gradexpert is functional, it does not seem as smooth and slick as some of the other options out there. Particularly in regards to copying text and the absence of an undo function.
One of the things that I did like about Gradexpert was the simplicity of their report designer. Unlike QuickVic’s use of Word Templates, Gradexpert provides a series of drop down options and moveable parts that make the creation of templates quite easy. I feel that it would be a great option for Primary schools wanting an alternative to QuickVic.

Predominantly used amongst Catholic schools, nForma has started making a move into state schools. Like so many other programs, it combines reporting, attendance and welfare all in one place. It is also located wholly on the web. Although it looks rather slick and stylish, it still has its bugs, especially when it comes to compatibility with Macs.
It seems unfair to say much more than that as they are in the midst of change. Instead of stipulating what will be a part of their product, they are looking to support schools with their choices. What this actually looks like and how it works will be interesting to see.

Originally taking foot in NSW, Sentral has since started moving across borders into different states. One of the biggest challenges in my view to moving into a new market is word of mouth. Other than speaking with colleagues from interstate, there just doesn’t seem to be many local schools who have taken it up. I must admit that I wish I had seen more of Sentral as it does look to be a true contender, especially in regards to learning management systems. These seem to be the various programs on offer. However, something interesting that came out of all my investigations was that with the push for flexibility, some schools have moved outside of the box and started appropriating other programs to support and supplement the reporting process. One school was sharing notebooks within Evernote that included examples of student work, supported by various annotations. Another school which had moved to the Ultranet before its demise has moved to Edmodo to provide their communication with parents. Some skip the complications associated with administering various programs by simply using Microsoft Word to create a basic report.

In the end, it is an interesting time in regards to education and the digital revolution. Managing assessment and reporting is a big part of this. Have you had different experiences with any of the programs that I have mentioned? Were there any that I missed? Would love to know your thoughts.