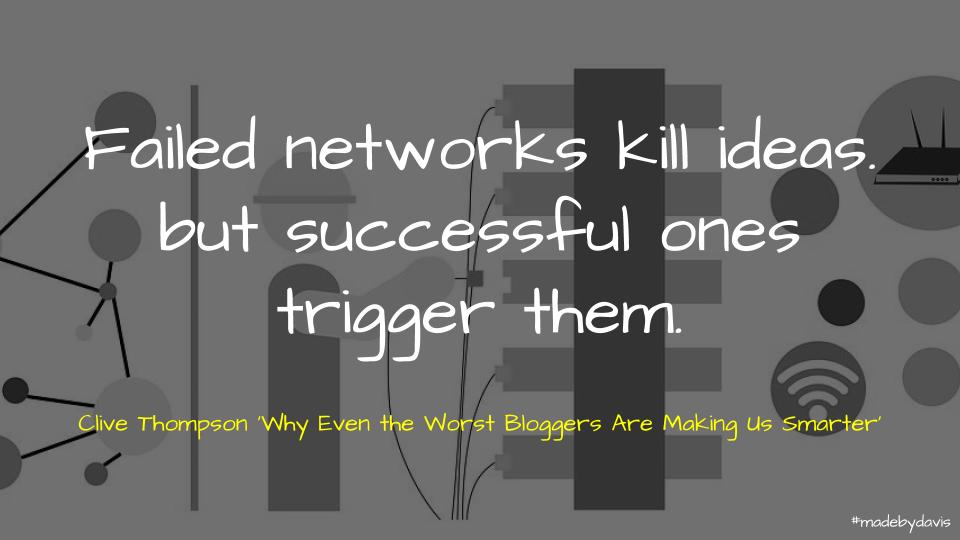 Kathleen Morris recently put out a poll investigating the obstacles associated with blogging. Although I added my vote for time, I felt it was worth following up with some of the challenges and the reasons associated with each. To begin with, I will focus on personal blogging.

Obstacles in the Classroom

As I have reflected elsewhere, I think blogging in the classroom provokes a different set of obstacles to personal blogging:

In the end, when investigating obstacles, each platform will have their own set of solutions, with some being more obvious than others. So what about you? What are your obstacles? As always, comments welcome.