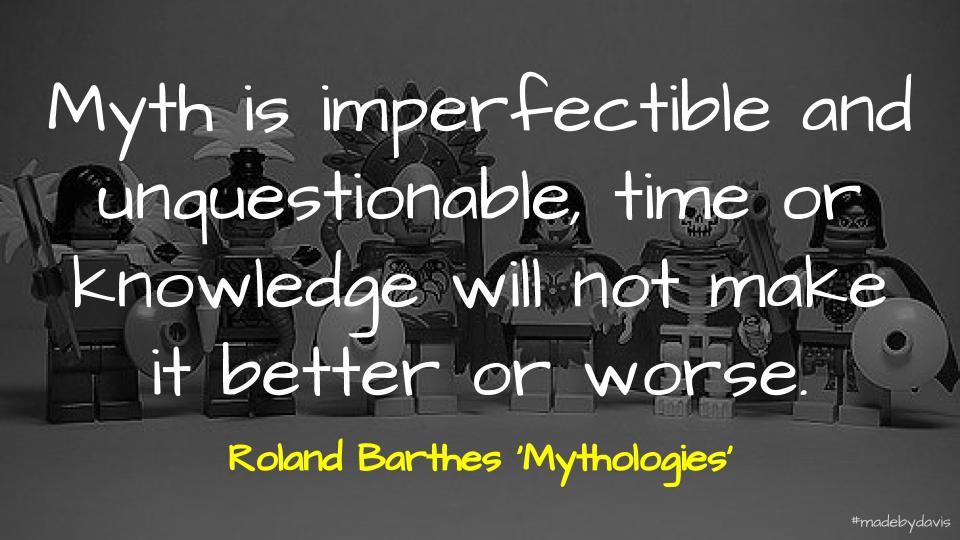 I recently came across this post from Aaron Hogan reflecting upon the reintroduction of wolves into Yellowstone National Park. I too have written about the connections between rewilding and education, discussing the possibilities of removing barriers designed to limit top-level predators. Hogan three points about the impact the wolves are:

These wolves had no idea about the scale of their impact.

Basically, it seems that the wolves worked collaboratively to make a difference. That seems pretty fair. The only problem is that, as with most things, the reality of the wolves is so much more complicated.

In an article in the New York Times, Arthur Middleton unpacks the great American myth surrounding the wolves in Yellowstone. He believes far too much has been invested in the role the wolves have had.

We now know that elk are tougher, and Yellowstone more complex, than we gave them credit for. By retelling the same old story about Yellowstone wolves, we distract attention from bigger problems, mislead ourselves about the true challenges of managing ecosystems, and add to the mythology surrounding wolves at the expense of scientific understanding.

Middleton instead seeks to paint a more complicated picture:

A few small patches of Yellowstone’s trees do appear to have benefited from elk declines, but wolves are not the only cause of those declines. Human hunting, growing bear numbers and severe drought have also reduced elk populations. It even appears that the loss of cutthroat trout as a food source has driven grizzly bears to kill more elk calves. Amid this clutter of ecology, there is not a clear link from wolves to plants, songbirds and beavers.

I think that this same concerns could also be raised in regards to education.

Hogan makes the point that:

Too much of what passes for professional collaboration equates with loose or unfocused professional groupings, partnerships, or networks.

Take a simple example, holding a meeting with two or twenty will make no difference if those in the group are not adequately given the opportunity to add their voice, where instead only one person speaks the whole time. In some ways this touches on John Hattie’s argument that class size has little impact if it is not also attached with a change in pedagogy.

This then leads to a second point, that Of change. Hogan states that:

However, what is overlooked is everything else that can have an impact as well. Here I am reminded of Pernille Ripp’s recent reflection on reading programs. Too often, like the wolves, they are seen as the solution, a point made all too clear in a recent EdTech survey. However, as Ripp highlights, they are only one part of a bigger puzzle. This is something made clearer using the Modern Learning Canvas: 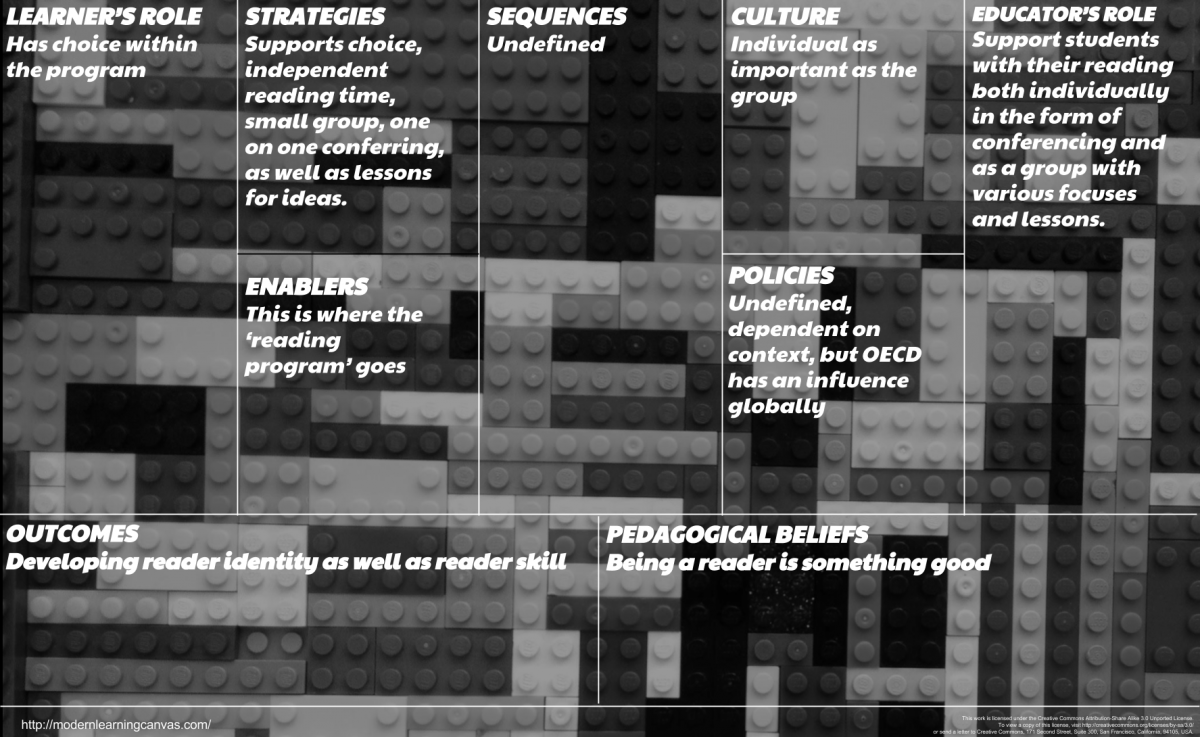 Using this sort of framework means that there is nothing outside of context. Everything is a part of the assemblage, as Ian Guest recently highlighted:

Bringing a sociomaterial sensibility built on actor-network theory to this study positions me in a particular way. This eschews the notion of a pre-existent reality ‘out-there’ waiting for the knowing subject to discover and explain it. Nor is reality constructed by the distant researcher through a set of discursive practices. Instead, reality is performative, brought into being as a result of the relationships which form and reform when actors, both human and nonhuman, intra-act. As a researcher of and with teachers using Twitter then, I am entangled with a heterogenous mix of educators, software platforms, digital devices, terms of service, time zones, screens, hashtags and notifications. What emerges from the study depends on the knowledge practices which are brought to bear, but these do not solely involve a researcher, research participants and standard qualitative methods, but also an eclectic mix of other nonhuman actors. Together their relational performances constitute ‘methods assemblage’ (Law, 2004), where different realities become enacted depending on the actors which participate. One implication might be that this should not be statement of my positionality, but of ours.

This sphere of influence includes both humans and non-humans in an interconnected web of influence. Therefore, everything has an influence and to isolate one part will always be problematic.

Reading the work of people like Benjamin Doxtdator, Naomi Barnes, Ben Williamson, Jon Andrews, Audrey Watters and Maha Bali has taught me the importance of being critical. I am not saying that teachers do not have an impact or that collaboration does not have the potential of being positive, but it is difficult to separate these things from the wider context. In some respects, Middleton’s post left me wondering what impact Yellowstone itself has had on the wolves? As Yellowstone can’t not have an impact, right?

As always, comments welcome and webmentions too.

This post is a reflection on the wolves introduced into Yellowstone National Park and the problems associated with focusing on supposed simple solutions.