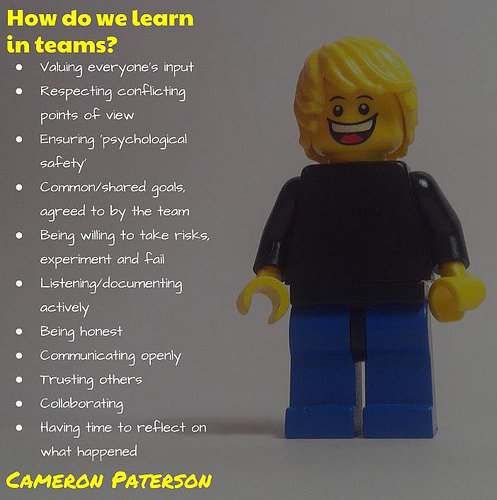 I recently wrote a creative post wondering about leadership. It occurred to me that there is always another side to things. So here is a second instalment …

As the siren blew for half time, Thom walked off the ground with his head down feeling a little despondent. Although he had held his man well for much of the game, in time on he’d gotten away, managing to kick two goals to give the opposition a three goal buffer. To Thom, it didn’t matter what had unfolded throughout. The reality was that the team was behind and it was his man who had done the damage.
Before he had gotten a few steps, three of his team mates had b-lined to him. Encouraging him to keep his head high. The game was not lost. They were both 50/50 decisions. As he took a few more steps, a few more players ran past. Reminding him to stay focused on the game ahead. What was done was done. The game was to be played out in the future.
With most of the players now together, Captain brought the team together to speak with them before going into the rooms. This is a team game, he explained, it is only by playing together that the game will be won. Don’t be sucked in by the glimmer of brilliance. The players all walked off as one.
Coach brought the team together. He explained the situation as he saw it. An even game with a half to play, the opposition had a small lead. He said that none of that really mattered though. That was done. The focus now needed to be on the second half.
In regards to meaningful statistics, coach applauded the contested ball and efficiency of use. This is what mattered. He also pointed out that the game could not be locked down for four quarters, so when it eventually opened up, whether it be because the opposition tires or things change, everyone needs to be ready to adapt.
He closed by touching on the lapse in time on. To blame this on the failure of one person was to miss the point. This was a lack of discipline from the team. The reality was and is, an opposition player should not be able to break the lines. When the opposition was able to play on and run straight through the centre, not once, but twice, it put undue pressure on the forward line. Everyone has their part to play and as a team we need to work together. Trust in yourself, but even more so, trust in each other.
The players all split off to their smaller groups to speak with their assistants. Whereas Thom had doubted his place in the team, the coach had reinstated his faith. Again the message was loud and clear. The Assistant spoke about sticking to the structures, but also having enough intuition that when the situation required to work collaboratively as a unit to resolve it. For it is fine to have coaches supporting from above, but it is the players on the ground who actually play the game.
Thom walked back out onto the ground ready to trust once again and do everything possible for others to trust him also. 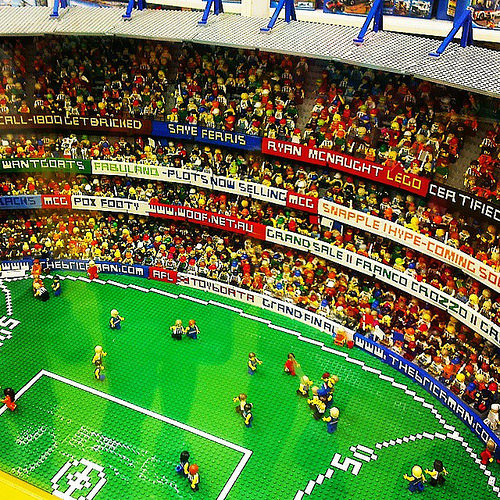 Inspired by Jon Andrews’ recent post, here is a short story of my own. A meandering on data, leadership and growth.

It was the big day, but something wasn’t right. As Alen came into the huddle at half time, the tone worried him. Even though the team was up by three goals, it was not a fair indication of where the game was at. A couple of quick goals in time on masked what had been a tight match so far. In a low scoring affair, it felt huge – for some. There were players whispering victory. The problem though was that the statistics were against them.

Although they had had more possessions, they were not using it well. Whereas the opposition were more effective. Not only having more tackles, but also being more efficient on the turn around. They had the statistics that counted. This was not the fault of the players, they were just following orders.

What worried Alen the most was that the game had been played on their terms. This involved closing the play down. Stopping the run. Not because that was how they played best, but more because that is not how the opposition liked to play. Known for their high scoring and slick ball use, there was only one game where they had failed to score over 100 points. A wet day when the temperature did not get above 10 degrees. This being said, they had still won by 50 points. History was against them.

Coach was excited. Preaching to the masses, Alen was unsure whether he was aware of the statistics that were stacked against them. Coach was from a different time when expectations got the job done. The problem though is that 15 out of 21 games the opposition had doubled their score in the third quarter. While in half of their games they had reduced the opposition to less than six goals in the second half. They could not be held forever, it just was not feasible to sustain such negative intensity for the whole game. Surely coach was aware, how could he not?

As the sermon wound up, Alen was waiting for the ace that coach was going to pull. Maybe he had done his research? Maybe he had something in his bag?

As the players split off into their groups, he assumed that maybe the message would be given there, by the assistant coaches. However, as he stood listening all he heard was refinement. Nothing new, just a tightening of the screws. Do this. Stay on him. Stick to the plan. Let’s keep it on our terms.

As the players split from the huddle and jogged back to their positions, Alen questioned whether his thoughts were detrimental to the side. It wasn’t that he was trying to subconsciously undermine the team. He had always been a loyal servant who did what was asked of him, but maybe that was why he wasn’t a part of the leadership team? The problem was that there was a seed of doubt. He wanted to trust coach, but the seemingly naive perspective that he perpetuated left him more questions than answers. Maybe he was wrong. Maybe it was him.

As the opposition player got into position he prepped himself once more.

The whistle blew, the game continued, it was time to play.