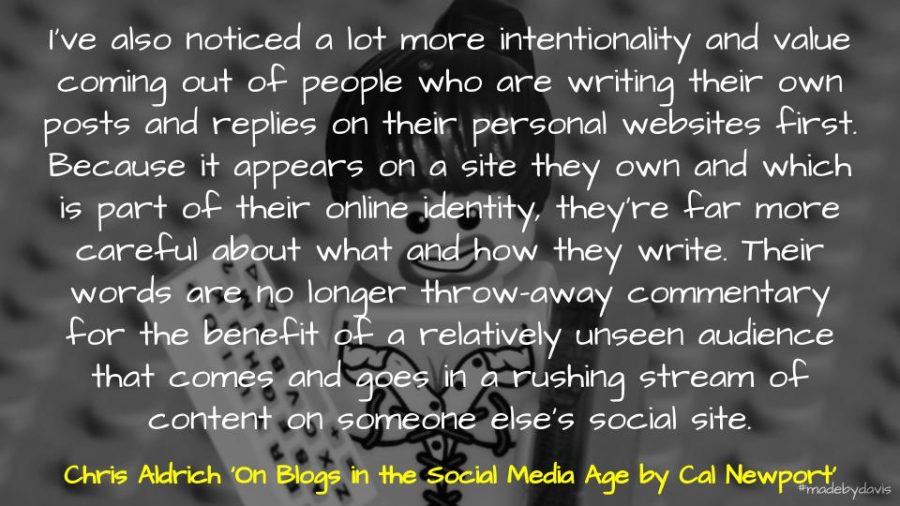 Many argue that something is not right with social media as it currently stands. This post explores what it might mean to make Twitter great again?

Responding to Jack Dorsey’s call for suggestions on how to improve Twitter, Dave Winer put forward two suggestions: preventing trolling and making changes. Some of the particulars Winer shares include giving control over who can reply, eliminate character count and allow organisations to curate lists. Although I agree with Winer about some of these changes, I wonder if the answer to improving Twitter is always to make Twitter great again?

I feel the ways I use Twitter have changed considerably this year. My one word this year has been ‘intent’. A part of this is being more aware of my ‘prosumption’ online. One of my concerns is that Twitter is not the Twitter it once was for me. In short, it feels like there has been an increase in branding, as epitomised by ASCD’s recent spotlight on edu-twitter influencers. There has also been a rise in hostility and abuse. Some of which is automated, some of which perpetuated by crowds.

Although I have not wiped my account and started again, as Anil Dash did, I definitely started reviewing my practice and participation there. To be fair, my participation on Twitter has taken many guises over time. In the past it was the place where I shared ideas and connected the dots. The problem I found was that although I could dive back into my archive, it was far from organised. If this was my ‘outboard brain’ (as it had seemingly become) it had become rather chaotic. Initially, I adjusted things to syndicate to Twitter using Dave Winer’s Radio3 linkblog platform. I then moved to sending from my own site, however this did not feel right.

I wondered why I was actually sharing on Twitter (and every other site, such as Google+ and Tumblr), especially after reading Ben Werdmüller’s reflection on POSSE.  Maha Bali suggests that sharing is a reciprocal act:

If this is so then isn’t it enough to share via my blog and rely on pingbacks and webmentions for reciprocity? As Kicks Condor describes:

I do find that Webmentions are really enhancing linking—by offering a type of bidirectional hyperlink. I think if they could see widespread use, we’d see a Renaissance of blogging on the Web.

Posting on Twitter therefore lacked purpose, contributing to something I did not feel comfortable with. As I have elaborated on in the past:

Often it is presumed that sharing out links and continuing the conversation is always a good thing. However, at some point it can become too much of a good thing. The effort and intention to connect and engage in this situation has the opposite effect.

I also thought that if these links were for me then why not simply post them on my own site, what Greg McVerry describes as a social media of one. Posting on Twitter has now become about sharing if there was actually someone in particular that I felt might be interested and that was my main point on contact.

Some have found Mastodon to be the social answer to Twitter’s ills. This is something Doug Belshaw has written about in the past. However, I have never found a place. In part I agree with Ben Werdmuller, who suggested that:

Mastodon doesn’t suffer from the organizational issues I described above, but by aping commercial social networking services, it suffers from the same design flaws.

Associated with this, I have tried to engage with Micro.Blog, but feel frustrated by the technological constraints. I love the use of RSS, but personally use my headings for too much to give them up and have yet to crack open the code as John Johnston has.

In the song Miss Those Days, Jack Antonoff sings about pining for the past:

I know I was lost, but I miss those days.

I think this conundrum captures the desire to return to what Kicks Condor  has described as a weird Twitter. Although I was not tgere for the weirdest of times I remember my early days of anxiety and axiliration, of constant notifications, questions and check-ins. This is epitomised by Craig Kemp’s image of addiction: 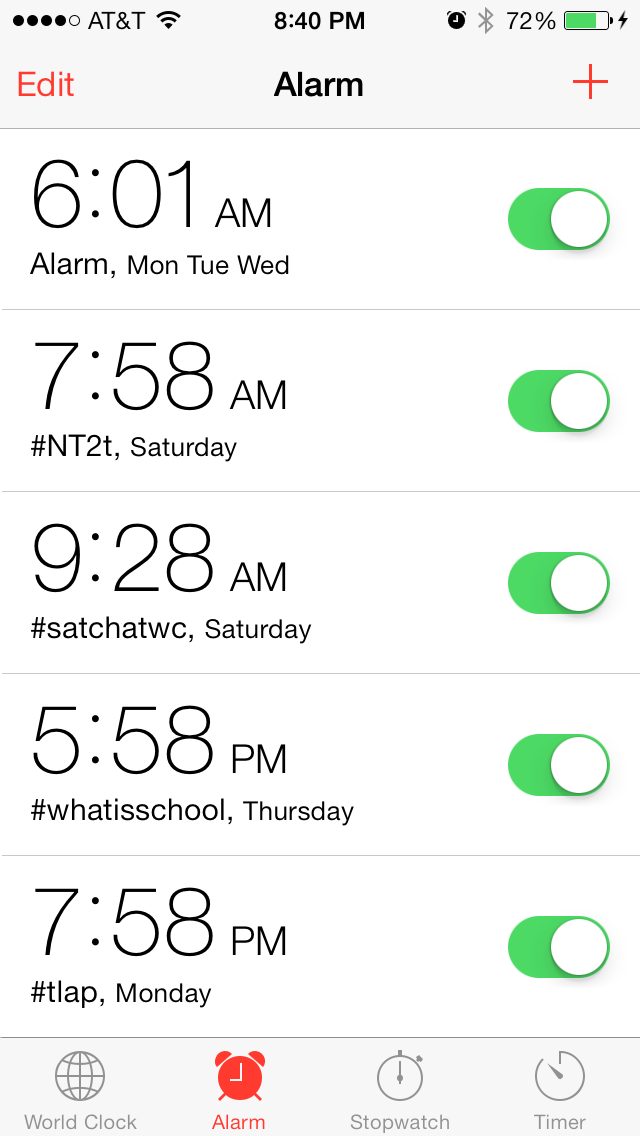 Although I never set alarms, there was a time when it encompassed a lot of what I did. I do not regret that time, but it is not necessarily something that I miss. My fast food social media diet has been replaced by one managed around blogs, feeds and comments. I do sometimes feel I miss out on some things, but trust that if I need to know something that I will probably capture through some other means.

What I am left most intrigued by is how my thinking has changed since I started talking with Dr. Ian Guest about this topic. Ironically, I think that his investigation inadvertently spurred my own inquiry. The ever present flanogropher.

NOTE: This post has sat in my drafts brewing for a few months. It involved a range of research. I apologise if it is inconsistent or incoherent, it is a topic that I have been really grappling with. I would love to know if anybody else has any thoughts. As always, comments and webmentions welcome.

Let’s Make Twitter Great Again? – A Reflection on a Social Media of One by Aaron Davis is licensed under a Creative Commons Attribution-ShareAlike 4.0 International License.

40 thoughts on “Let’s Make Twitter Great Again? – A Reflection on a Social Media of One”