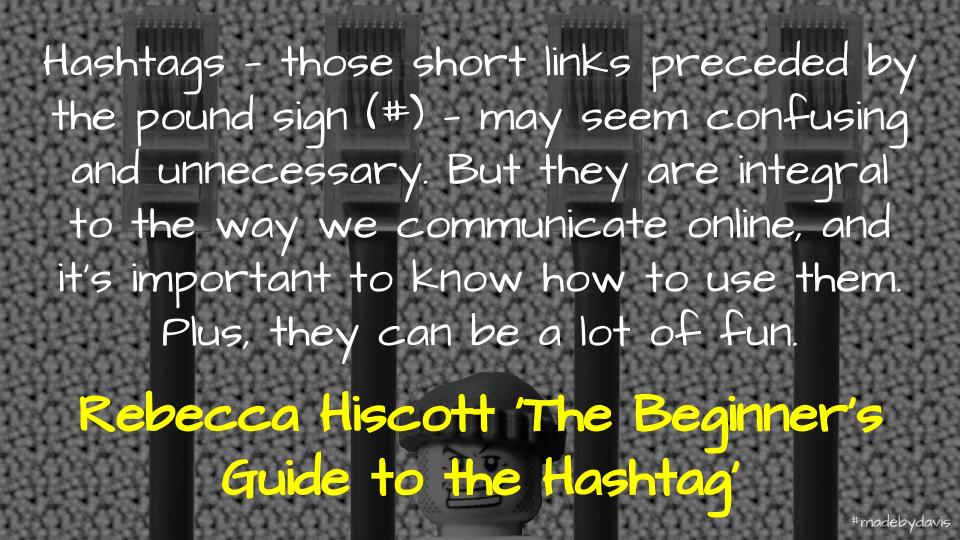 I was recently asked about my take on hashtags. I have written about hashtags before, whether it be their role within Twitter, the way in which they help foster sets and a reflection on what they mean to my own workflow. While I have been influenced by Jon Dron, Terry Anderson, Clive Thompson, Ian Guest and Kevin Hodgson. Here then is a summary of the different uses that have meaning to me.

Personally, I don’t really think that I use hashtags that effectively. Fine I have a few ‘go tos’, such as vicpln, digilit, edchat, leadwild, edtechteam, disruptedu and gsuiteedu. However, beyond that I don’t really actively use them unless i have clear reason. There are some that seem to methodically share their posts across a range of tribes by including five tags in Tweet. I also tried to game Feedly by placing blogs into categories that would automatically be turned into a tag. There are some that I used to use quite a bit, such as #rhizo14, #TL21c and #ccourses. However, over time these tribes have seemingly moved away. Interestingly, these tags were associated with courses. This in itself may say something.

So what about you? What do hashtags mean to you? As always, comments welcome.

Did Someone Say … Hashtags by Aaron Davis is licensed under a Creative Commons Attribution-ShareAlike 4.0 International License.

14 thoughts on “Did Someone Say … Hashtags”