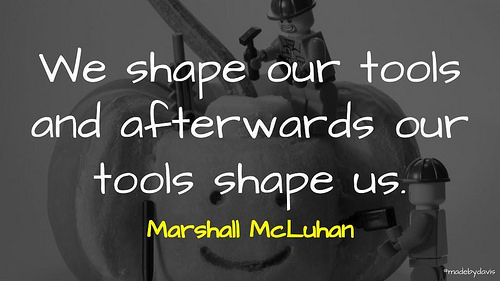 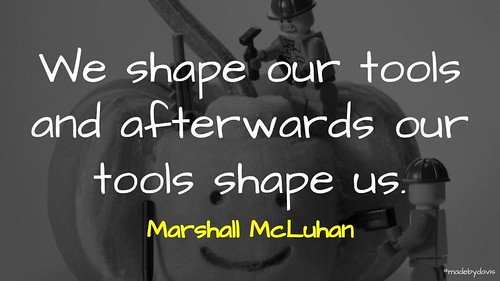 A Revolution in Music Every Day

In a podcast associated with Steven Johnson’s  new book, Wonderland, he explores how new music comes from broken machines. What is interesting is that more than just serendipity, innovation in music often occurs when people push things to breaking point. The melody and chord progressions of today’s popular tracks have not really changed. See for example Chilly Gonzalez’s musical masterclasses, in particular, his link between Nicki Minaj’s Bed of Lies with Pachelbel’s Canon. However, the timbre and textures that are present in many of today’s hits were previously unknown.

Johnson puts these changes down to musicians not only playing their instruments to the best of their ability but playing with their instruments in order to find new possibilities. This is an old story. Johnson discusses how Bach, Mozart and Beethoven were always exploring the possibility of new technology; how Edgar Varèse used glissando around the time of the First World War to replicate the sound of a siren; how Brian Eno experimented with electronic devices to remix an instrument being played by somebody else; how Caroline Shaw messed with vocal phrases; how John Lennon recorded feedback by accidently getting too close to his amp at the start of I Feel Fine; and how electronic artist Antenes repurposed old technology, such as old telephone exchange, to create new instruments. For a deeper look into the role of technology, Synth Britannia documents the development of the synthesizer and the impact on British music. What stands out with each of these examples is that new possibilities are often made possible because the instruments were pushed to their extremes.

The idea that what an instrument affords has an impact on the creative process reminds me of David Byrnes’ work on how architecture has helped music evolve. It is easy to consider music as a consequence of one person’s creativity when it is often an assemblage of disparate parts, which include elements such as expertise, cultural capital, social context, access to opportunity, experiences, production, influence of record companies and performative opportunities.

First We Shape our Tools, then our Tools Shape Us

The impact of technology pushed to the breaking point is not unique to music. Education technology is no different. On the one hand, there are those who perpetuate the status quo, using tools how they are told to. The problem is that doing what has always been done does not necessarily transform education, nor does it always answer the needs of different situations.

Instead, it is those at the edges that are opening up new possibilities. In this way, technology provides new ways of working and thinking. Seymour Papert touched on this in his book Mindstorm, where he stated that,

The child programs the computer and, in doing so, both acquires a sense of mastery over a piece of the most modern and powerful technology and establishes an intimate contact with some of the deepest ideas from science, from mathematics, and from the art of intellectual model building.

Papert argued that through the use of technology, we are able to develop a conceptual understanding that would not otherwise be possible.

Taking this further, Peter Skillen suggests that it is naive to think that it is not about the tools. Tools not only influence the way we think, but also how we act and behave. As he states,

In addition to the work of Papert, Skillen builds upon the ideas of Marshall McLuhan and the idea that we shape our tools, then our tools shape us.

This intent to investigate technology and the supposed transformation of education is something that it feels is often overlooked. Tools and technology have the potential to change education, but also the power to change it for us. You only need to look at Ben Williamson’s research into Class Dojo, Audrey Watters’ predictions for the future of edtech, Greg Thompson’s questions around the structural concerns and Graham Martin-Brown’s exploration of digital learning in Africa to appreciate some of the complexities. Although each of these examples reimagines education, this does not mean that this new vision is automatically a good thing.

We need innovation, we need new tools, but we also need to consider these tools and the impacts that they may be having on education. As Greg Thompson explains,

We need to marry an enthusiasm for technology with a commitment to what may be called ‘technical democracy’, and I think that much of the utopian promise that characterised digital in the 80s and 90s is being replaced by a wariness regarding who controls the tools that we use, how they view the purpose of education and what it means for schools.

In Throwing Rocks at the Google Bus, Douglas Rushkoff uses Marshall McLuhan’s tetrad as a tool for reflecting on the impact of technology: 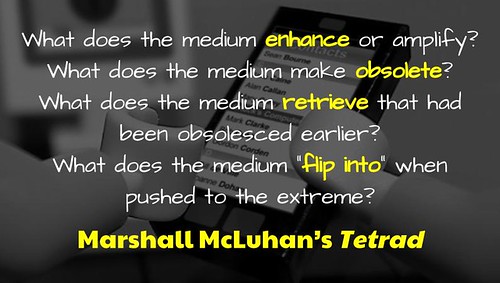 While the Modern Learning Canvas separates tools allowing you to both see them in isolation, as well as how they may interrelate with the other aspects of the IOI Process. 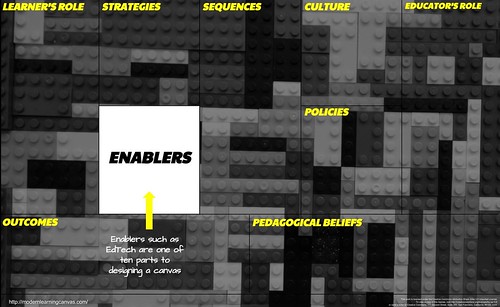 So go ahead and break the machine, engage in intentional serendipity and engage with the opportunities at the edges. However, please do so mindful of the consequences and context that you are working within.

Breaking the EdTech Machine by Aaron Davis is licensed under a Creative Commons Attribution-ShareAlike 4.0 International License.

23 thoughts on “Breaking the EdTech Machine”