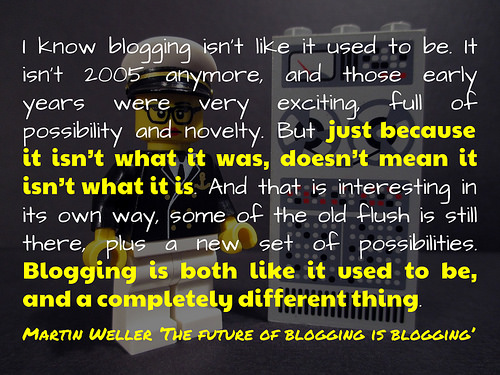 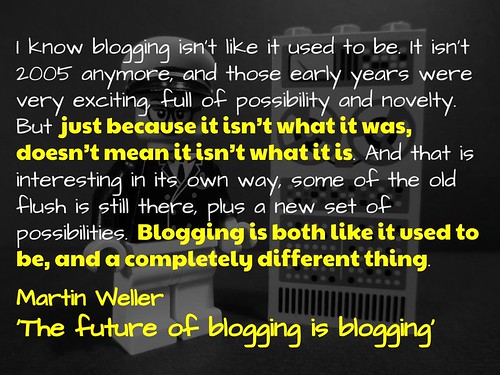 There are many out there who claim that blogging as it once was is dead. One of the biggest reasons given is the death of the comment. The question that does not seem to get asked very often is what it actually means to comment and what might it mean to bring the comment back?

The reality is that there is not one clear reason why to comment, instead it is something that is specific to each and every instance. The conundrum though is not necessarily with the why, but rather with how we go about it and what actually constitutes a comment. Like with so much of digital technology, there are so many ways to seemingly achieve the same outcome. Below are some of the problems and platforms as I see it associated with supporting the act of responding:

After unpacking all of the options, it makes me wonder if maybe the comments never left, but rather have become dispersed across various spaces. Maybe the answer is that everyone moves their content and conversations to Medium, but what happens when that space changes and folds under the pressure of investors. Maybe as Martin Weller recently suggested, “Blogging is both like it used to be, and a completely different thing”. Rather than a call to go back to basics, to a time when commenting seemed to be simple, what I think is needed is a broader appreciation of what constitutes a ‘comment’. As with the discussion of digital literacies, maybe we should focus on the act of defining, rather than restrict ourselves with concrete definitions.

So what about you? What do you think? As always, comments welcome.

What Makes a Comment – an Investigation of the Different Ways of Engaging in Dialogue by Aaron Davis is licensed under a Creative Commons Attribution-ShareAlike 4.0 International License.