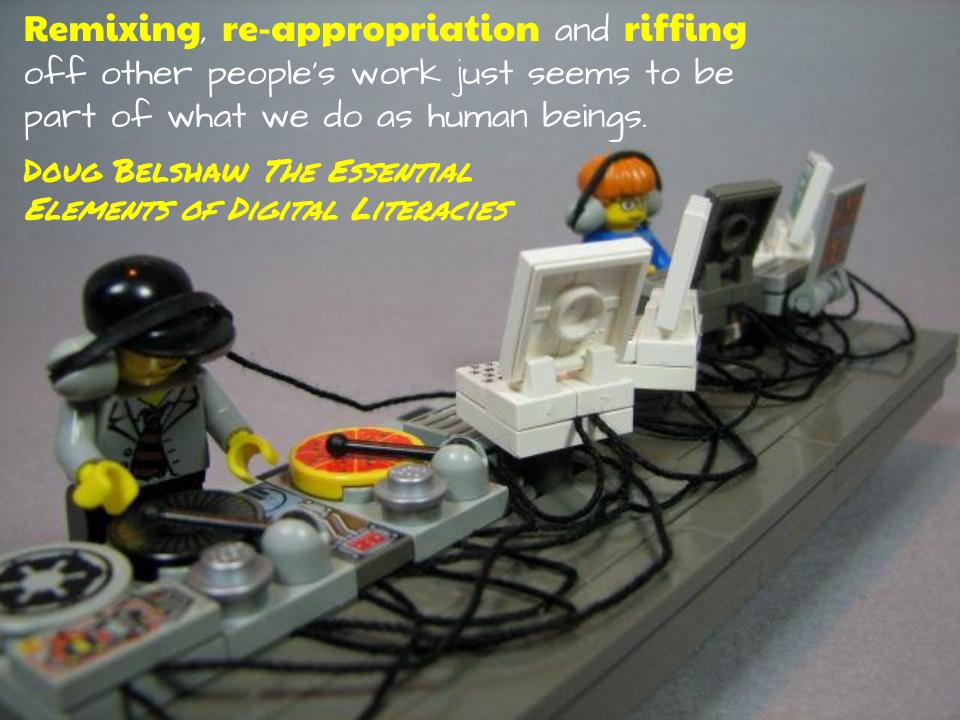 Creative Commons is one of those topics which everyone knows about and when question say that they understand, but can’t really explain what it is and how it works with very much clarity. For some it is seen as a nuisance, while others see little point or purpose to it, but in regards to working within the world wide web, it matters a lot.

Basically, Creative Commons is a set of licenses that allows you to give permissions for others to use and modify your content. As is explained on the main website:

The idea of universal access to research, education, and culture is made possible by the Internet, but our legal and social systems don’t always allow that idea to be realized. Copyright was created long before the emergence of the Internet, and can make it hard to legally perform actions we take for granted on the network: copy, paste, edit source, and post to the Web.

In total, there are six different licenses made up of three different variables: attribution, modification and commercialisation. These are best summed up by the poster designed by Piotrek Chuchla, graphic designer and poster artist which can be found here. While for a more detailed explanation, watch the following video:

The question that so often remains unanswered is how does it work in practise and why is it important?

Often when we consider Creative Commons it is automatically linked with copyright and the legality of using someone else’s work. A prime example of this is outlined in Chris Betcher’s experience of using Creative Commons music on Youtube. In a series of posts he describes his battle with an artist about using a piece of music in a video he made. Even though he had seemingly sort the music out fairly through Jamendo with the best intentions, the algorithms in Youtube flagged his work and marked it as a breach of copyright. After much digging around, Betcher discovered that ‘no derivatives’ does not have to include cutting up an item, it can also mean combining it or mashing it up with something else.

This view of Creative Commons relates to appropriate use of content. This is contrast to discussion around copyright. Everything has copyright – at least in Australia – from the time that it is written down or recorded. Often conversations though end up in debates about fair use, educational purposes and substantial parts. In contrast, Creative Commons adds to this predefined right by applying to your work a license which allows you to clearly permit how you wish your work to be used. For example, if you are wanting to remix an image, then you would search for something that does not have ‘ND’ attached to it. Betcher makes the pertinent point that Creative Commons “removes the barrier created by traditional copyright.” However, to see Creative Commons only for its legal benefits misses out on its real benefit to support a community of sharing.

In an interesting post, Alan Levine laments how so much of our conversation around copyright stems from the argument “don’t break the rules.” He suggests that it is not much different to all those piracy fear campaigns. Instead of getting caught up in the ‘what’ of it all, Levine wonders where the conversations about the positive reasons as to why we do it, that is, feeding content back into the community, paying it forward and attributing where things comes from. Paul Klimpel sums it up best when he states that the main purpose behind Creative Commons is about making content more shareable. It is at its heart about creating culutre.

The next step then is how do we actually create an open culture of sharing and collaboration which allows for a greater flow of ideas and expression. For as Doug Belshaw states, “remixing, re-appropriation and riffing off other people’s work just seems to be part of what we do as human beings.” Maybe it all starts with modelling the change through our own practise. This could include not retweeting images without attribution as Chris Wejr suggests or developing a school wide policy as Richard Wells has done. One thing is guaranteed, ignorance and naivety will no longer good enough, especially as algorithms become more and more complicated.

So what are you doing? What have I missed? I would love to know. Feel free to share.