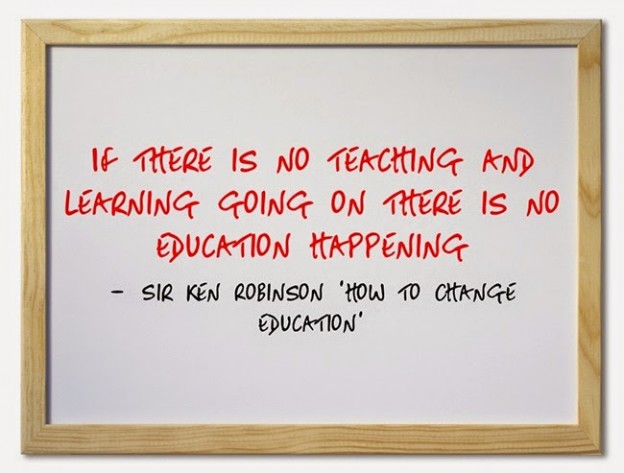 Lately, I have been writing a lot about being a connected educator. A part of this stemmed from a tweet from +Alan Thwaites, but it also comes from my involvement in the TL21C program. However, I was challenged by a colleague the other day with the question: ‘what do we talk about when we have finished talking about getting connected?’ At first I was confused by the question for being connected is so important, then it occurred to me that maybe I’ve been focussing too much on the wrong issue?
It is so easy when talking about teaching and learning in the 21st century to get caught up in discussions about tools and technology. However, as I have discussed elsewhere, 21st century learning is more than just one thing. If we use the work of the team at ATC21s, it is in fact a combination of four interrelated topics:
Some schools in an effort to counterbalance the perceived over-emphasis on technology create 21st century learning positions focussing on solely on ‘thinking’ or ‘working collaboratively’. The problem with this is that in attempt to move away from technology, they create an over emphasis on another area. In doing so misses the point that in the modern world it is through the use of tools and applications that we are actually able to dig deeper critically and collaborate with those not only in our own school or state, but around the world. The best answer is to create clear a balance between them all, with the one unifying concept between them all being learning. For as Sir Ken Robinson has suggested, ‘If there is no teaching and learning going on there is no education happening’. Whether it be using an iPad, working in a group or thinking about a topic, we should always be focused on making a learning-centred environment, otherwise what is the point?
Take for example my recent survey of 1:1 devices in schools. Clearly I could have done it differently, gained a wider array of perspectives in a more rigid manner and written an extensive research paper on the matter. However, I had a question and that was whether many other schools had delved into the world of 1:1 and what devices they were using. After called on my connections I got back 35 responses. Now this may not be many in the scheme of things. However it still gave me a wider perspective. It also provided me a means for thinking more critically about the matter for before I sent out the survey I thought that we were the only school yet to dive into 1:1 in regards to primary school. However, I was actually unpleasantly surprised that in fact many schools had yet to go down that path. I think then that being connected and having an array of connections was integral to getting back the feedback that I got and gaining a better perspective.
One of criticisms often levelled against connectivism is how do you measure what is important, with information in abundance, how do you decide what should stand out. Other than going down the road of collaborative curation using sites like Diigo where your search is aided by those in your community, I agree that there is a level of chance involved in who might be listening, watching and participating. In addition to this, who is to say that those offering up ideas are that are useful, correct or even honest in the first place. I think though that the biggest problem begins with the notion of the ‘connected educator’, I think that we would gain more from redefining this notion as ‘connected learner’ as that is really what this is all about.
In the end, the only thing and the most important thing is learning and with that a focus on ourselves as learners. However, I still feel that a lot is gained by being involved within more communities and having stronger connections on and offline.
So how do you learn best? What helps you out the most? Do your connections help or hinder your quest for solutions?

Are We Connecting with the Wrong Topic? by Aaron Davis is licensed under a Creative Commons Attribution-ShareAlike 4.0 International License.