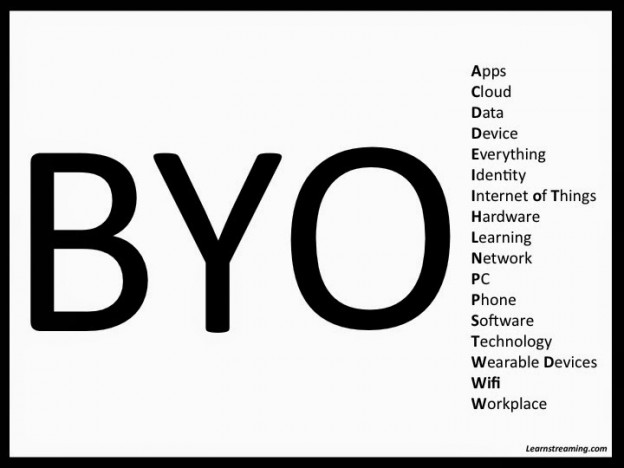 My school is currently developing a long term plan in regards to our goals in 21st century learning, as well as investment in devices and infrastructure. Some of the questions of concern that were raised were:
In an effort to gage a wider perspective, I created a Google Form and sent it out to my PLN. It was pleasing to open up the survey and find 35 different responses.
The survey was made up of five multiple choice questions including:
My thinking was to make the survey as easy and efficient as possible. Therefore, although +Richard Olsen rightly pointed out that the most important question is why do you use 1:1 in your school, I didn’t feel that it quite fitted with the scope of my survey. I was worried that such a question would be evasive and put people off.
Some of the observations that I made about the 1:1 devices in school from the survey is that iPad are more predominant in the early years and largely absent in the senior years. However, I feel that if there was an option for multiple devices that some of the Macbook/netbook schools probably allow students to bring a tablet as well. Another interesting observation was that even though they are no-one’s first choice, netbooks are still the most common device in use. I would assume out of economic necessity and belief that the Windows OS is still the most reliable to run in schools. Overall though, what stood out the most was the amount of schools that still lack any sort of 1:1 roll out.
On the flip side though, I did notice a few issues with this section. For example, there is no way of knowing whether each school is primary or secondary. Also, there is no way of knowing what other devices are being used or whether there were multiple devices in use.

In relation to payment, it would seem that there is a move away from part payments and moving towards either leasing the devices (which can work out to be expensive) or a BYO scenario. I make the assumption that some of the ‘others’ are probably those schools which do not actually have a program.

A big point of contention is how long devices are planned to last. It would seem that the most common timeline is three years. However, I think that it probably depends on the type of device. Cared for, netbooks and Macbooks could be argued to have a longer lifetime, particularly in regards to operating systems. One of the issues with iPads that +Corrie Barclay pointed out to me recently was that the operating system often outgrows the devices leaving schools with the dilemma of having to manually update, rather than utilise the range of tools out there which allow you to manage multiple devices. One responder summed up the situation by stating that roll over was in fact chosen by the parents. When they felt that it was time to update their child’s device, they did. I would imagine that this is probably where things maybe heading.

As with the payments question, I would presume that the fifteen ‘others’ are schools without devices, another fault with the survey. From the other results, it would seem that lockers are the most common place of storage. Here I am left to wonder though whether those 14 represent the secondary schools in the group. This question is a little hamstrung by the fact that there is nothing to discern between primary and secondary, nor was there an option for multiple answers.

I could not help myself but ask what people had found was their biggest hindrance. The ‘other’ in the pie chart is a bit of a misnomer for if you look at the responses, they often provide a mixture of issues. If you look through all the responses, the same as with the responses to my post ‘What Digital Revolution?‘, the two most common trends seem to be support in regards to planning and professional development, as well as staff actually utilising these devices. Strangely enough though, these two elements seem deeply inter-related.


In the end, I think that the reality is that 1:1 is a complicated topic and maybe such a survey cannot really grasp the full picture. However, it did highlight a few things that surprised me a little, such as the amount of schools without any sort of program.


Two things that I am left wondering are, what is the place of school community in all of these decisions and where are people going next? +Darrel Branson made the point in Episode 243 of the +Ed Tech Crew about the importance of consulting with the community in regards to decisions and really selling it to them. This is something that is hard to measure on a wide scale and can probably only be done at a local level, for every community is going to be different. While, the second point I am left wondering is where is everyone going? Fine, there was a high percentage of schools that may not have 1:1 now, I am intrigued as to what those schools have in the pipe works and what this survey would produce in five years time. I guess the only answer is that we keep on searching for better solutions based on the learning needs of the local situation, because in today’s political climate, I don’t think it is going to get any easier.
I would love your thoughts about the issue. Maybe you have recently changed tact or have something to add that you feel I have missed. Feel free to comment below.

1:1 Devices in Schools – A Reflection by Aaron Davis is licensed under a Creative Commons Attribution-ShareAlike 4.0 International License.