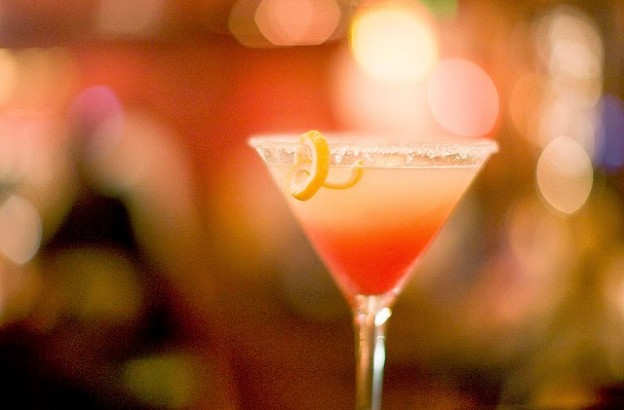 I am not sure if I was being naive or slightly arrogant, but this post began its life as an effort to provide an overview of the different modes and methods of inquiry. Whether it be challenged-based, project-based, problem-based or plain old inquiry, I was trying to bring everything together in my own head, to make more sense of it all. However, what I soon realised was that the more I explored the topic, the more variants that appeared, with so many different ideas and interpretations. It all came to a head when +Richard Olsen shared a blog with me from +Ewan McIntosh on the difference between project-based learning and design learning. As you read through both McIntosh’s post, as well as various comments that follow, you realise that there is little consistency throughout. Although many of the differences are only marginal, there is little agreement on what constitutes either problem-based learning and design learning.
At the end of the day, the reality is that every teacher is different – we just choose to deny it. Even though we may practise a certain pedagogy, it does not necessarily mean that it will be the same as the next person. Rather, everyone has their our own intricacies and twists on the way they do things. What then starts to matter more is the practitioner rather than the pedagogy. I think that this is the point that John Hattie and co are trying to make by moving the focus from the student to the teacher.
I believe that this re-visioning of education is best summed up by Kath Murdoch in her fantastic post on the attributes of an inquiry teacher. Murdoch argues that inquiry-based learning is more than planning a unit, it is about facilitating this learning in the classroom. As she states, “Inquiry is not just about knowing how to plan – it’s about how we teach.” This got me thinking that maybe a better approach to work towards isn’t about identifying the ‘best’ practise as revolving around curriculum where the end is decided before the beginning, maybe our focus should be on how we teach and adjusting this to the needs of each and every situation.

The idea that caught me was the metaphor of a cocktail. While chatting with some new found members of my PLN (Dick Faber and Alan Thwaites) it occurred to me that our chats were something akin to being at a bar and what we were drinking were pedagogical cocktails. However, unlike a traditional bar where you go up and request your drink, all the ingredients are laid out for us to make up our own. This creates a scenario where choice is only limited to our own creativity. Then after enjoying a cocktail or two, we are able to share back and reflect with those in our networks, hearing about the ups and downs, and helping us with our next choice of cocktail.
I think that the problem is that sometimes we think that we feel that we can only partake of a particular cocktail, that someone else always knows better, therefore we should listen to them. However, this denial of choice often results in teachers who have little engagement and ownership over their curriculum and classrooms, while it also restricts many potentials and possibilities. Instead, teachers maintain a status-quo that often no longer accounts for the world that will come tomorrow, let alone we live in today.
In an interview for the +TER Podcast, John Goh captures this situation by suggesting that, “all of us have a ‘default’ value from teachers college.” This concoction of tastes reassures and comforts us. That old friend whose welcoming aromas makes us feel at ease. The challenge though, as Goh goes on to propose, is that “we need to make sure that we move on from that.” Although we may know it, like it and find comfort within the default value, we need to move on and adjust our choice of cocktail to the food on offer or to the environment being set. It just wouldn’t feel right drinking a stock beer with everyone wearing tuxedos. The reality is that it is not enough to going back to the tried and trusted again and again.

The Right Method for the Moment

I entered this year with the endeavour to provide more time for student lead learning. Other than exploring +Mark Barnes‘s The 5-Minute Teacher, I took to exploring the potentials of different modes of inquiry. Having had some history with inquiry-based learning, I returned like the prodigal son, but this time instead of sticking to one particular model, I was instead interested in identifying the right method for the moment. This is portrayed by two contrasting units of work, one for Robotics, while the other for Business Studies.

An Introduction to Robotics

Having taught the class for three years, it was due for an overhaul. Fine, I had refined things each year, but instead of rolling out the same assignment with a set of questions and tasks containing a restricted set of ideas and information, I had taken to providing more opportunities for students to follow up on their own interests. So I began with a series of lessons focused on immersing students into different aspects of robotics, such as what constitutes a robot, some of the history associated with robotics and how everything is represented through popular culture. Once students had completed these tasks, they posed questions associated with each of the three areas. They then chose one of their questions to investigate and present back. As a class, we then created a measurement for greatness to provide a point of reflection for students to work towards. I really wanted to share these collaboratively and get everyone commenting and questioning on each others presentations. However, due to some technical restrictions, we weren’t able to do this.

How Can we Measure Success?

On the flip side, for Business Studies I started the unit by posing the question ‘how can we measure success?’ From there the class investigated who they consider as being successful and what makes them so. After that, I gave the challenge of coming up with a way of measuring the success of a student, the principal and Lionel Messi. They then shared their different conceptions with each other, giving feedback about what they thought was good and what they would improve. Once they had fixed up their various forms of measurement, the class then used Socrative to vote on which one was the most effective and why. With this decision, they then decided to work in pairs to make a series of profiles of successful people and combine them into a book.
Although I am sure there are some who would argue that I have not really done inquiry, that I have probably cut corners and that I haven’t really taken authentic action. I would agree and I admit that this is something that I still need to work on. However, sometimes ideals aren’t always ideal. At the very least, a move from the teacher at the centre to the student was a positive change.

Know What Your Drinking When Ordering from the Bar

It can be so easy to jump on a band wagon, to wear a certain ‘ism’ on your sleeve as if it were some sort of given. The reality though is that there are no ‘givens’, instead their are choices and consequences, as I have stated elsewhere. The most difficult thing to do is actually making the best choice for the current context and situation. In a recent interview on +TER Podcast, +David Price suggested, “I’d rather you do didactic learning well, than project learning badly.” His point is that we sometimes choose a particular method because we feel we have to and baulk at others, because they are seen as flawed or contradictory. However saying a blanket ‘no’ to didactic learning is just as bad as saying a blanket ‘no’ to inquiry-based learning. No is not really a useful word when discussion choice.
+John Spencer makes a similar point in his insightful post ‘Seven Horrible Things That Really Aren’t All That Horrible‘. In this post, Spencer discusses such taboos as worksheets, multiple choice tests and textbooks, arguing that sometimes it is how these things are used which is the issue and that sometimes they do have a place.

In the end, the most important thing that we can do is be conscious of the decisions we make. I am aware that this is no simple matter, as was pointed out to me by +Darryn Swaby on Twitter:

@mrkrndvs #pedagogicalcocktail Here’s the thing…I’m not sure I know [what pedagogical cocktail I’ve been drinking]. I think that is why your analogy resonated with me.— Darryn Swaby (@DarrynSwaby) March 28, 2014

To me this all starts by asking yourself, what does my classroom look, feel and sound like and how is it different from other classrooms. I think that this may be what +Richard Olsen is aiming at with his new venture ‘The Modern Learning Canvas‘. Where teachers are not only encouraged to identify the how and what associated with learning and teaching, but most importantly, the why. At the very least, we owe it to ourselves to at least be informed, through data and feedback, so that we can make the best choice possible, rather than keep on drinking the same old cocktail again and again.

So Which Pedagogical Cocktails Are Drinking Today? by Aaron Davis is licensed under a Creative Commons Attribution-ShareAlike 4.0 International License.

20 thoughts on “So Which Pedagogical Cocktails Are Drinking Today?”