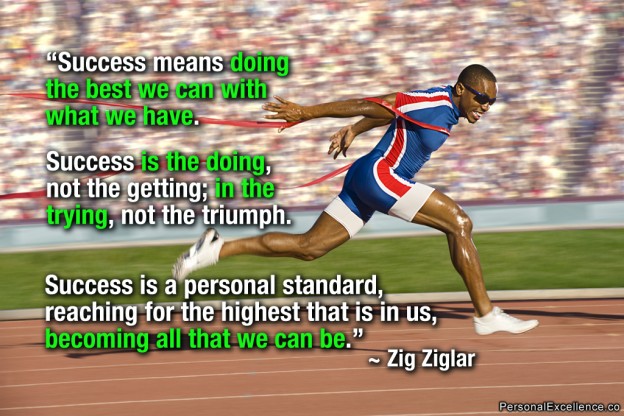 The other day I got some feedback about a leading teacher position that I had applied for a couple of months ago. Although I had demonstrated the elements required in my application, it was suggested that I did not provide enough evidence in regards to my competency to lead change management. This got me thinking about what change that I had been a part of. The two things that came to mind were the introduction of the Ultranet and the roll out of interactive whiteboards across the school. However, in reflecting upon both of these situations I wondered if I was successful in bringing about change and how you actually measure such success anyway.

The Ultranet was a learning management system developed by the Victorian State Government to support staff, students and parents by providing an online space to communicate and collaborate. It was also seen as the answer to ongoing student reporting and feedback. As a part of its roll-out, a train the trainer model was implemented where a group of lead users attended two separate days of intensive training and were then responsible for taking this back to their schools to provide support and professional development for the rest of the staff. This came in several shapes and sizes, including whole staff presentations, team focuses and one-on-one support.
One of the issues with the Ultranet was that it was not really taken up by all staff. Although we were told about the usage data as a region, many staff simply saw no personal purpose for it and were never really willing to grapple with the difficulties involved in evolving their practise. Subsequently, my role became more administrative than anything else where I was continually resetting passwords for students and dealing with minor problems. This all came to a head when the Australian Education Union put out a directive for members to stop using the Ultranet as a part of the industrial action in 2012, therefore ringing the death knell before the government eventually pulled the plug at the end of 2013.
Another initiative that I have had considerable involvement with is the roll out of interactive whiteboards at my school. Before Caroline Springs College separated into four different schools in 2012, an effort was made at the time to install an interactive whiteboard in 100+ classrooms. As a part of this package, the school was provided with a pool of professional development hours. Although I was not in charge of introducing the whiteboards across the whole college, I was given considerable responsibility at my campus. This included communicating with outside providers, as well as facilitating professional development for staff at my campus. Like the Ultranet, this involved a small group being trained up and then supporting their various teams.
Sadly, if I were to walk through many classes today there would be little difference from a few years ago. Although most teachers show information or use the associated software to create presentations, there are not many who embrace the interactive potential of the boards as outlined by likes of +Peter Kent and co. Where the boards are used to engage with student responses and give them an authentic voice in the classroom.
Interestingly, there has been a greater uptake in the early years classes at my school as it was made a non-negotiable that planning for numeracy had to include a flipchart. What is significant about this is that linking the board to an actual area of study means that it stops simply being a tool in itself and instead becomes a way of refining learning and instruction. It could also be argued that the boards are actually better suited to younger students, a point that +Rich Lambert has made elsewhere.
Another issue associated with the take up of the IWBs is that their introduction coincided with the introduction of the 1-to-1 laptop program. Personally, I make more use of student laptops as a way of getting each and every student involved in the lesson, rather than teaching from the board. Whether this be brainstorming with Answergarden or collaborating with Google Drive. What is most important is that, whether be via laptops or interactive whiteboards, the focus is about engaging with student responses to promote deeper dialogue and reflection.

The big question then is how do you measure success of such initiatives. I can tell you as I already have what I felt worked and what didn’t, but is that success? Is success instead about data, if so, what data do you use? Linked with this, is change management simply about ‘success’ or is it about what you have done? Being a focus on change, are there some things that never really gain success due to their constant state of flux?
To me what stands out about both the Ultranet and the interactive whiteboards is that neither has a direct correlation to clear quantifiable ‘data’. Too often the numbers of hits was relayed to us in regards to the Ultranet. However, even this only tells a small part of the story. For it is not time spent with the tool that matters, rather it is how that tool is used that has the greatest impact. Some suggest referring to such measurements as student opinion surveys which provide snapshot of student engagement and school connectedness, but again this seems like a bit of a stretch. The reality is that there are some aspects of learning are not measurable using grades and marks, a point that +George Couros recently made referring to such soft skills as humility, adaptability and the love of learning. Often the only answers we get in such situations are to the questions we ask ourselves.
Although not necessarily empirical or quantifiable, one approach to measuring success is by setting a clear plan with goals and reflecting on them along the way. This is something that I have spoken about elsewhere. Looking back upon both the Ultranet and the IWB’s, I think that this was a missed opportunity. There was no explicit long term plan put into place at the school level and associated with this, no real accountability. Instead of linking them to wider change through the Annual Implementation Plans and the Performance and Development Process, both were introduced as tools-in-themselves, rather than a means for redefining the classroom. For as I have stated elsewhere, 21st century learning “is not about a solitary category or skill, rather it is about the projects, the problems and the many possibilities.” Without wider support, whatever is achieved will only be limited and often fails to sustain any sense momentum without the involvement of others.
Another way of reflecting on success is as a way of perceiving things. No matter what context it may be, nothing ever runs completely to plan and neither should it. There are things that work and things that don’t, success in this situation is about celebrating and building upon the positives and benefits. On this matter, I am reminded of +Mel Cashen‘s post on the Ultranet where she identified some of the things that it made possible and how she utilised these in her classroom. What is significant about Cashen’s commentary is that, although the Ultranet may not have held up against the test of time, it served its purpose and accordingly she highlights some of the good things that came out of it, such as it being a safe environment for students and parents to “test the waters of an online world without the harsh consequences the world wide web.” Like goals, reflection is something that we often don’t do enough. For as +George Couros points out about professional development: “If we start building reflection time into our professional development, don’t you think that we would start doing this in our classrooms. We have to move away from the “mass dump” process in our learning.” Sadly, if we don’t allocate the time for reflection then we take the risk of not really learning anything, instead simply making the same mistakes again and again.

Sometimes success is not about whether an initiative continues to have a meaningful impact or falls on the wayside, rather it is about whether we learn from our failures, whether we reflect on what worked and what we could improve in the future. Just as learning is a lifelong goal, so to should success be. Instead of considering it as something achievable and able to be quantified, I believe that it is best considered as a target, an ideal to which we aim and aspire. Actually hitting the target is only one part of the goal, what is just as important is what that target is and how we go about trying to hit it.