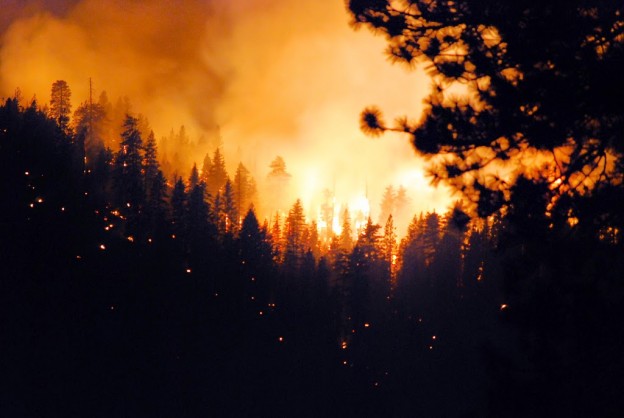 In a post I wrote a few months ago I spoke about what I called the ‘hidden professional development‘. That informal learning that occurs unplanned and on the fly, whether it be at lunchtime, while photocopying or even when swapping over on yard duty. Basically anywhere, anytime, simply where two or more passionate learners meet. The big question then and the question now is how do we encourage this? What structured opportunities do we provide for this?

In a fantastic discussion as a part of +Ed Tech Crew Episode 240 focusing on what it takes to be an IT co-ordinator, +Ashley Proud spoke about the demise in tinkering amongst students. Although +Mel Cashen and +Roland Gesthuizen mentioned about taking things a part, giving the conversation a more mechanical theme, I feel that tinkering is best understood as a wider curiosity into the way things work.

I believe that one of the reasons for such a drop-off belongs with teachers. Although this criticism does not belong with all teachers, I think that there is a status quo out there who ask one thing from their students and model a different thing in their own day to day practise. Although teachers themselves have a large part to play in this, I also feel that one of the deeper issues lies with what opportunities teachers are provided with to actually be curious and creative, and I don’t simply mean curriculum planning.

For example, the other day, I was asked to cover a yard duty for a colleague as her and her team wanted to get together at lunchtime to create a collaborative birthday video. I asked what they were going to use to film it and whether they wanted to borrow my iPad. The eventual product was not great, but it was a development on past productions. Most importantly though, it was a skill to take back into the classroom and share with students. What this whole scenario got me thinking was that, more than just opportunity, we do not provide enough encouragement for such activities.

One initiative that has taken off in schools during the last year or so has been the idea of ‘Genius Hour’. Known by many names, such as 20 Percent Time or Passion Projects, Genius Hour is basically where students are given a license to develop a personal project of their choice. For a further explanation, I recommend +Anthony Speranza‘s post, ‘My Experience in Getting Started with Genius Hour‘.

The background is that it comes from Google, where workers are (or were) provided one day a week to work on Google-related projects of their own choice. I think what needs to be understood is that, as +Ryan Tate suggested in his post for Wired, 20 Percent Time is not “a fully fleshed corporate program with its own written policy, detailed guidelines, and manager.” This is significant as what Tate is saying is that Genius Hour is not about a set of actual practises, as different companies have different notions of it, rather it is about the ethos behind it. This is why it has transferred so well into schools, with teachers creating their own twists on the whole affair, but still continuing to capture on essence of passion and innovation. However, one area that has been left untapped, as far as I can tell, has been the idea of teachers conducting their own ‘Genius Hour’, that is, teachers finding a passion of their own and running with it.
One of the failures with a lot of professional development is that it is dictated to staff with little choice, a stark contrast to what we ask of most teachers in the classroom. Fine there is a time where some information needs to be given or staff need to conduct certain work, but wouldn’t it be good if teachers were able to dabble in other things in a supported manner. As Tom Whitby put in a recent post ‘PD: Same Old, Same Old‘:

Professional Development needs to be more than an occasional workshop that can then be checked off of an Administrator’s list of things that need to be done for the year. PD must be prioritized and supported on an ongoing basis. It must be part of the workweek. In addition to providing access to new ideas, technology, and methodology, time must be afforded for educators to collaborate on what they have learned. Educators need time and support to put into practice what they need to learn.

What stands out to me in Whitby’s description is the focus of what teachers ‘need to learn’. I think that many teachers do not really know what they ‘need’. However, a starting point for this is to support teachers with what they want to learn and then go from there.

Life-long Learning Can Happen at School Too

Too often the more ‘personal’ professional development is left for teacher’s own time. I have two problems in particular with this. Firstly, in leaving learning to chance means that some teachers never actually do it. Like the hidden professional development, personal learning is one of the first things to get crossed off the list when times get tough. Secondly, staff are not being properly supported in their forays into the great unknown. As Tom Whitby suggests: “Learning about technology and how to incorporate it into learning specific to one’s class may be a bridge too far for many educators.” We all talk about ‘getting connected’ as a way of overcoming this problem. However, that too involves technology. Instead, one possible way to bridge this gap is to provide teachers with a specific time and space during school in which they are able to explore their own interests, knowing that they have support all around them.
One of the greatest fears in opening up professional development to the whims of the staff is that to some this time either gets wasted or is underutilised. My school tried to introduce personal learning a few years ago where there were some random sessions offered, as well as the option for staff to choose their own professional development. Most people ended up passing on the offer of finding their own learning and stuck to one of the sessions on offer. This is not to say that the sessions on offer weren’t powerful or important, but I feel that one of the key reasons why staff did not take up the opportunity of finding their own professional learning was that there was a lot of confusion about what was required. Was it completely open or were there some things that were prohibited? Did you have to write a reflection? What the situation needed was a little bit of structure, a little bit of guidance about what was and was not acceptable. The problem is that there is often a lot of conjecture about what does and does not constitute professional development. I would argue that ALL learning can be deemed as professional. For just as +Alec Couros suggested in an interview with the +Ed Tech Crew that, “some of the best learning happens each day on Youtube whether it is meant to happen or not”. The big question is whether we actually recognise it. One way of doing so is to encourage it by making the often informal ad hoc learning more formal by adding a certain sense of structure and uniformity.
Providing teachers with the opportunity to identify an a passion, something that they may be interested in but ignored due to time and effort. Although this may not be an ‘hour’ each week, maybe every fortnight, it is a regular time to work either individually or collaboratively. A time to identify and touch base with other experts. A time when teachers know that they are both free and supported to take ownership over their own learning.

Clearly with such ‘freedom’ also comes a certain sense of constraint. This learning needs to be explicit and needs a purpose, a question to drive the project. With this needs to come some goals, both short and long term, about what is trying to be achieved. Attached to these goals is an element of on-going reflection and accountability for what Bianca Hewes calls the ‘mushy middle‘. At the end, there needs to be an opportunity for sharing and celebration about what was achieved and what has been learnt. This could be sharing to your team, participating in a smorgasbord, as a part of a performance and development meeting, writing a blog post. It does not really matter what means it is, what is most important is that it happens.

Often the greatest joys come when space is provided for learning to happen naturally. A colleague, who is not always big on introducing technology into the classroom, told me about a situation where he gave his students a group task and they automatically created a Google Doc and shared it between themselves. I love this story as it highlights that not all learning is direct. We may introduce a skill with a limited response. However, staff and students may see some other benefit and use it in another situation. I have seen this happen with programs like Padlet and Edmodo, where given some amount of freedom, people have found their own purposes and contexts. To me, learning in this situation is like wildfire.  Given the right conditions, a fire that takes hold, is disruptive and very much uncontrollable in itself. As +George Siemens suggests while talking about connectivism as an answer for the digital age, “learning is a process that occurs within nebulous environments of shifting core elements – not entirely under the control of the individual.” The role leaders and co-ordinators in this situation is to manage things, conducting back burning and creating fire breaks to contain learning rather than control it.

Tinkering, Passion and the Wildfire that is Learning by Aaron Davis is licensed under a Creative Commons Attribution-ShareAlike 4.0 International License.

2 thoughts on “Tinkering, Passion and the Wildfire that is Learning”