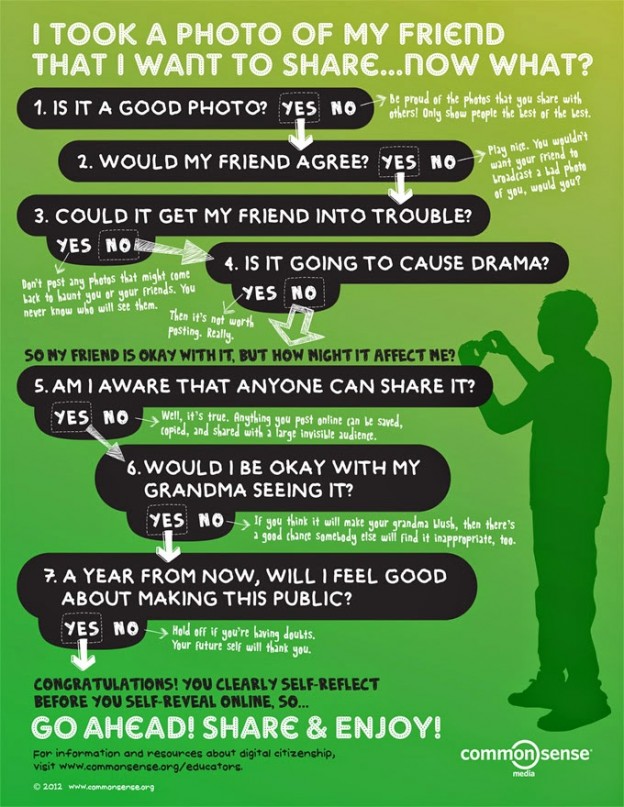 Whenever I go to ICT conferences there are always companies offering the opportunity to gain complete control over student computers, complete control over their activities, seemingly complete control over their lives. Maybe that is a little bit of an exaggeration, but it does beg the question, when does the responsibility to create a safe and meaningful learning environment crossover to being a situation of control and domination?
I have taught in many schools and been privy to many systems of control, from using software to hijack a student’s screen at any one time, to having open access to the student’s network drives, to using knowledge of passwords to monitor emails, to doing random spot checks of student laptops. Each method comes back to one thing, the notion that we can be watched anywhere, anytime. It reminds me of Michel Foucault’s metaphor of the panoptican in Discipline and Punish: The Birth of the Prison to describe modern society. As Paul Oliver describes, “The principle of the Panopticon was that prisoners could be observed night and day, without realizing that they were being observed.” This sort of approach creates a culture of fear and surveillance, but does it have to be that way?
Now I am not saying that schools shouldn’t have have points of control and surveillance, but in setting the scene this way, what are we really teaching the student? Often when you ask students why they can’t listen to music, why they aren’t allowed movies on their laptops, why they shouldn’t have various games or software installed, there is little discussion of why. Take music for example, other than being a distraction from learning (at times), often the argument is made that the music is illegal. It is then left up to the student to prove that it is not.
The problem with this situation is that there is little discussion about the consequences associated with downloading illegal music, let alone what other avenues there maybe to listen to and download legal music, such as Soundcloud and radio web applications. The big question is that is forgotten in such situations is what are we teaching students about copy write? Are we taking advantage of the teaching moments? Associated with this, what happens when things change? For example John Birmingham’s article on Game of Thrones for a fantastic critique of the torrent culture, how often do we have such conversations? In the end, we ‘ban’ putting music on their laptops, so they keep it on a portable hard drive or the more savvy students keep it in the cloud. The same can be said about publishing images online. In refusing to discuss these matters, we resort to the ‘no’ just because, instead of using the flowchart from Common Sense Media to develop a dialogue where we can discuss why and develop a better appreciation of technology and the 21st century.

So how do you monitor your student’s activities? Are you creating a culture of fear or a culture of learning? Do you ban or embrace the power of social media? The question that we need to consider is whether we are setting ourselves and our students up for failure, where nothing is ever learnt, but everything is lost.

What do we Learn From Creating a Culture of Fear? by Aaron Davis is licensed under a Creative Commons Attribution-ShareAlike 4.0 International License.

One thought on “What do we Learn From Creating a Culture of Fear?”