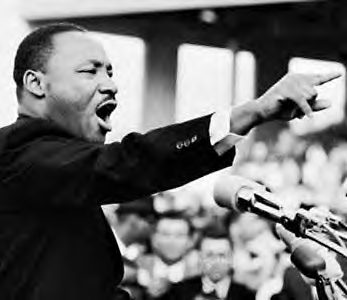 I have recently been posting a bit about the ideas of right and wrong, and how it really comes down to a question of choice and consequences. After a few discussions with some friends, it got me thinking that maybe it is choice, but also something else as well as. Focusing on choice allows us to come to some understanding of the situation, but it does not necessarily explain how we got to that particular situation and why some choices win out over others.

I was recently given some inadvertent feedback which made me come back to this topic. Some of my students wrote a scathing review of my subject from first semester for their school yearbook. Although I had sought their feedback and suggestions at the time, the review that they provided, for whatever reason, was different to the information that they had provided at the time. Clearly, there are many ways of interpreting this situation. Maybe they wrote this because they thought that it was funny? Maybe it is a reflection of poor teacher-student relationships, a product of a lack of rapport with the students or the class as a whole? Maybe the solitary voice of the review did not represent the whole class and it was just chance? Maybe my attempts to do things different, to get students involved, to get students driving the lessons, rather than merely chalk and talk, had its downside? Maybe the students did not feel comfortable in giving me what they felt would be honest feedback? Maybe the questions that I gave them did not allow them to give me the specific feedback in question. Whatever the reason, it definitely left me in a state of self-reflection.
Some of the things that were pointed out in the review were what I considered my strengths. When I arrived at the school a few years ago, there was a motto – “No Surprises”. Being quite a large school, spread across several campuses, one of the problems that occurred was that some things were seen as acceptable at one campus and not others, creating a sense of inconsistency. What the motto meant then was that there were no surprises for students and parents. So when students came into the classroom, they knew what was seen as acceptable, and when things such as the end of semester reports went home to parents, there were no shocks and inconsistencies. Since that time, the campuses have split apart and formed separate schools, but in many respects the motto still remains, at the very least it does for my own teaching.

Whether it be in the yard or in the classroom, I try and create routines. I only need to holler ‘lining up time’ and the kids repeat it for me. If I walk into the classroom and by chance don’t have the title and learning intention clearly shown on the board, my students ask me what it is. If I need to speak with my classroom when they are on their laptops, I only need to tell them to close them to 45 degrees and they start shutting them and facing me. The dark side to all this is that sometimes students get bored of the mundane nature of routine. No matter that many of my habits and rituals were formed as solutions to past problems, there is always a danger that all students come to see in you in the end is a caricature. A parody where all that is remember are the absurdities.
Two things that stuck out in the review was that I always use Google Drive and that we supposedly did the same thing every week. I have had a long history with using Google Drive in the classroom, as I have posted about elsewhere. Basically, I came upon Google Drive as a solution to students losing their digital work on their laptops all the time, due to them being re-imaged or getting damaged. Another thing that I have introduced into my lessons is a focus on getting the students thinking and reflecting, rather than simply telling me what I already know. Associated with this refocus on the student are a range of activities that I use on a regular basis, such as collaborative brainstorming using Answergarden, getting students to pose their own questions to answer before exploring a topic or watching a video and completing a found out/made me think. I return to these habits again and again so that students can stop focusing on the how and the what and start focusing on the why. For learning at its heart should be about the learner, not the teacher teaching. The problem with this is that my students did not get past the what or the how and that is because sometimes the why needs to come first.

Although I may know why it was decided that we may be studying something, unless I properly sell this to the students, it is pointless. Even with all the blurbs, introductions, PMI’s and initial discussions, unless you provide plausible reason why something is worth learning about, there really should not be a surprise if students do not buy into it and find the learning boring.

Maybe in the end, rather than who is right and wrong, it all comes down to who has the best sell. There are many factors that influence the ‘big sell’, such as charisma, power of persuasion, passion, good communication skills, support, friendship, uncomplicated narrative and what is the current status quo. The problem with the sell is that there is no recipe for how to successfully hook someone in. Sometimes it can be something innocuous, while other times it can take considerable time and effort. What is guaranteed is that if we don’t care to provide a reason why anyone should learn, we can’t really expect anyone to care in return.

Beyond Right and Wrong – Who has the Most Persuasive Sell by Aaron Davis is licensed under a Creative Commons Attribution-ShareAlike 4.0 International License.