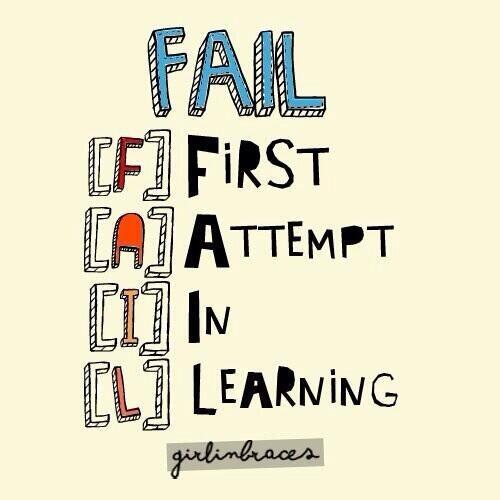 My wife and I sat and watched Argo the other day. We had both read the hype and were dully rewarded, on the edge of  the couch to the very end. The question that it left me with though was how many other such stories exist through history of extreme risk that have failed and why are they not the stories that we are told?
Having completed my rudimentary study of Joseph Campbell and The Hero with a Thousand Faces, I understand that there is a predetermined nature in all of us that wishes to succeed, a staple of the Hollywood film industry. However, how does this match up with the notion of failure? A part of me thinks that even a hero fails somewhere along the way, often this is making of their success.
You don’t have to look very hard on the Internet to find a discussion of some of the health benefits of failing every know and then. For example, Seth Godin states that, ‘All of us fail. Successful people fail often, and, worth noting, learn more from that failure than everyone else.’ While Sascha Heckmann posted an interesting image on Twitter suggesting: With all that said, the big problem with failure is that there is still a large majority out there who treat it negatively and are unable to embrace its potential for a greater good. The first place that this needs to change is finding support and cultural role models who say its ok to fail.
In a Ted Talk ‘The Clues to a Great Story‘, Pixar’s Andrew Stanton spoke about the need for stronger role models for women in film. Stanton suggested that Brave is one such film where the writers set out to reposition the female character in the role of stronger and more confident hero. Where are such role models encouraging people to take calculated risks in life and fail every now and then?
Some of the films that I’d associate with the idea of failure include The Pursuit of Happyness, The Blind Side and Freedom Writers. Each of these films provides a range of situations where people have persevered through their failures in order to succeed in the end. The problem though with these examples is that they either seem too extreme or involve too much chance. Where are the examples and role models for the common people, those individuals whose life isn’t about changing the world of the down and out or playing elite sport. I am not saying that they are not important, but they are not everything.
I’m subsequently left thinking of the characters like Walter White in Breaking Bad. Yet not only is Walter anything but a role model, but his life seems to be a is a story of unrecognised successes, rather than clear failures. The more I think about it, there just aren’t the models out there.
So in conclusion, I return to the place where I started, would Tony Mendez, the protagonist from Argo, be treated the same way at the end if he came back without the six Americans or would he have lost his job? Would his wife have taken him back? Would he have succeeded in life?

I apologise if you have not seen Argo and I have given away too much.

Argo, a Tale of Risk, but not Failure by Aaron Davis is licensed under a Creative Commons Attribution-ShareAlike 4.0 International License.

3 thoughts on “Argo, a Tale of Risk, but not Failure”